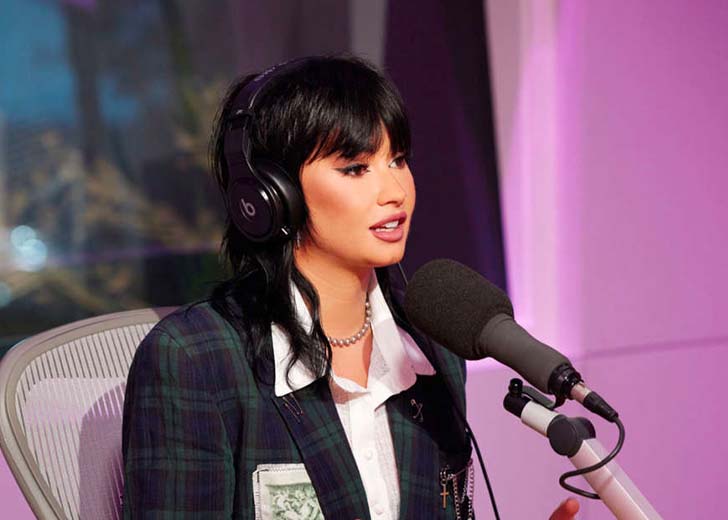 “There was a brainwashing element to it,” said Demi Lovato.

Demi Lovato has seemingly exposed Disney over how the giant media company controlled her personal life.

This Wednesday, August 24, 2022, the American actress-singer will appear on Alex Cooper‘s Call Her Daddy podcast. Today, on August 23, Cooper revealed Lovato’s appearance on the podcast and released a small teaser clip.

In the teaser clip, Lovato initially talked about how Disney had their say on her personal life back when she was only a child star. Cooper first welcomed Lovato by saying, “Demi Lovato, welcome to Call Her Daddy,” to which Lovato replied, “Thank you.”

A small intro clip from Lovato’s Disney Channel show was shown, after which the actress said, “It was the golden era of Disney. It was like [That’s So Raven] and Hilary Duff, High School Musical, Selena [Gomez] was on [Wizards of Waverly Place], and Hanna Montana had just happened.”

She then added that she knew her life was about to change. Cooper then asked, “What pieces of your personal life did Disney have a say on?”

Lovato sighed deeply and replied, “Ohhhh, that pressure of you are replaceable was always there, and I was paying for the roof over my whole family’s head. I would even go as far to say like there was a brainwashing element to it.”

“They like barricaded me in my hotel room. They put furniture outside of my door so that I could not get out,” she concluded.

Around a week ago, Lovato reflected on her time as a Disney star and advised the current young Disney stars during her interview with PopCrush on August 17. Reflecting on her time, she said, “It’s more important to have a personal life than it is a career at that age.”

“I think that’s what got lost in the era of Disney when I was in it. We were all working so hard, running ourselves into the ground.” After that, she mentioned that she was so busy being a young Disney star that she didn’t get to “appreciate the journey.”

Demi Lovato as Sonny Munroe in ‘Sonny with a Chance’ (Photo: Disney)

Lovato continued, “I didn’t have a lot of fun in my downtime. I was often thinking about what I needed to do next.” She claimed that there always was the pressure to “look a certain way,” “be a certain way,” and “act a certain way.”

She also asserted that young stars usually don’t get to live their “life as a teenager” or “experience childhood” without being “under a microscope.” After saying that, she began to advise the young generation of Disney stars.

Lovato said, “If you want to be a teenager, be a teenager. If you want to do this for a living, maybe wait a little bit until you’re older so you can have life experience under your belt. Take it easy. You don’t have to be on top of the world. Enjoy your time right now. Be present.”

Returning to Lovato’s upcoming appearance on the Call Her Daddy podcast, the singer also talked about her recent single ’29.’ Cooper first recited a part of the song’s lyrics that read;

“Too young to drink wine/Just five years a bleeder, student and a teacher/Far from innocent, what the [expletive] ‘s consent?/Numbers told you not to, but that didn’t stop you.”

The podcast host asked, “What inspired you to write this song?” Lovato answered, “I have never talked about this before, but if you are a young girl and you think that it’s sexy and fun to date older men, it’s not okay.”

The Albuquerque native dropped her single ’29’ on August 17, 2022, three days before her 30th birthday, on August 20. After the song was released, many began to speculate if the song was about Lovato’s ex-boyfriend Wilmer Valderrama.

Another part of the song’s lyrics read, “Finally twenty-nine. Funny, just like you were at the time. Thought it was a teenage dream, just a fantasy. But was it yours or was it mine? Seventeen, twenty-nine.”

Lovato and Valderrama first met during a PSA shoot when the former was 17 years of age, and the latter was 29 — they officially began dating when Lovato was 18. And the lyrics mentioned above resonate with their age when they first met.

As of this writing, Lovato hasn’t confirmed or denied the speculation that the song is about her former partner. Furthermore, Valderrama is also yet to address these rumors.