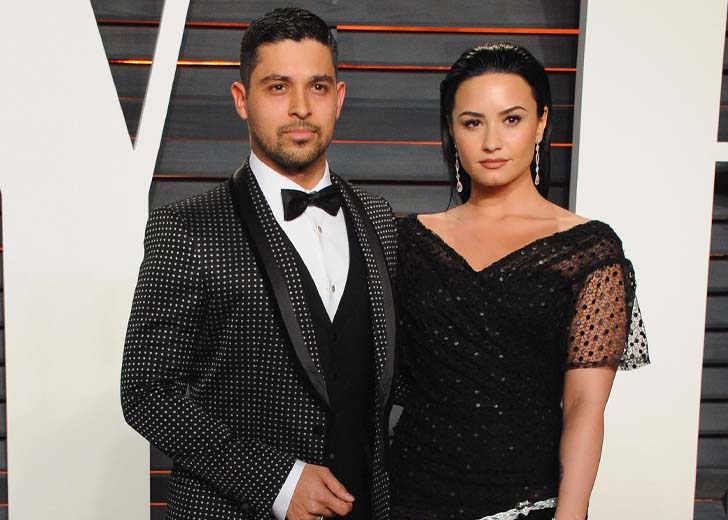 Wilmer Valderrama is facing a lot of backlashes. He has been accused of being a pedophile for dating minors and grooming underage people. It all started after Demi Lovato released her new single, ‘29’ on August 19, 2022.

While Lovato has not explicitly said that the song is about Valderrama, fans have connected the dots with the lyrics, which resonate significantly with the pair’s love story.

The song, ‘29,’ appears to address an age disparity in Lovato and Valderrama’s relationship.

As said before, the age difference in the chorus lyrics for “29” corresponds to the one between the vocalist and the former That ’70s Show star.

Lovato is currently 30 years old as of 2022 since she celebrated her birthday on August 20. Many believed that she released the song on the occasion of her birthday.

Wilmer Valderrama has been accused of being a pedophile for dating minors and grooming underage people. (Source: Instagram)

But when people started digging into the duo’s relationship and ‘29’s lyrics, many realized that Lovato might be hinting that Valderrama is a pedophile and is known for grooming underage minors.

Lovato sings, “Finally 29/Funny, just like you were at the time/Thought it was a teenage dream, just a fantasy/But was it yours or was it mine?/17/29.”

When the singer started dating Valderrama, she had just turned 18. The actor, on the other hand, had turned 29 —  making them have an age gap of 12 years.

Many fans and followers dug into Lovato’s 2017 documentary Simply Complicated. There, the ‘Cool for the Summer’ singer revealed that she met Valderrama when she was 17, which would have put him at 29 at the time.

Neither Lovato nor Valderrama have commented on the song at the time of writing. However, this song raised many questions about Valderrama’s relationship patterns.

After Lovato released ‘29,’ people started digging into the actor’s love life. It revealed that Valderrama dated many underaged women, and he had a lot of age differences.

While some are proven relationships, others have been denied. In 1998, Valderrama was linked to singer Christina Milian for the first time, and they dated as adolescents, according to reports.

He purportedly dated Ariana Richards the following year before famously “hooking up” with Jennifer Love Hewitt. Hewitt rejected these charges in an interview with Howard Stern.

Valderrama’s most controversial relationships were with Mandy Moore and Lindsay Lohan.  He began dating Mandy Moore in 2000; however, the couple split up in 2002.

It is reported that Moore revealed she was 16-17 when she started dating him. Moreover, she claimed that she was in love with him.

Valderrama started dating Lindsay Lohan in 2004, when Lohan had just turned 18. However, their romance lasted barely two months when Valderrama abruptly ended it.

Lindsay Lohan admitted to Ellen DeGeneres in 2014 that the breakup was difficult for her and that she even created a song about him called Over.

Wilmer Valderrama allegedly dated Ashlee Simpson after Lohan. However, none of them has publicly acknowledged the accusations.

According to reports, the actor dated Rihanna and Avril Lavigne at some point, although only briefly. Valderrama’s most high-profile and longest relationship was with Lovato.

The two attended multiple red carpet and public events together and did not hide their feelings for one another. Valderrama is currently married to his long-term partner-turned-fiancee, Amanda Pacheco, with whom he has a kid.