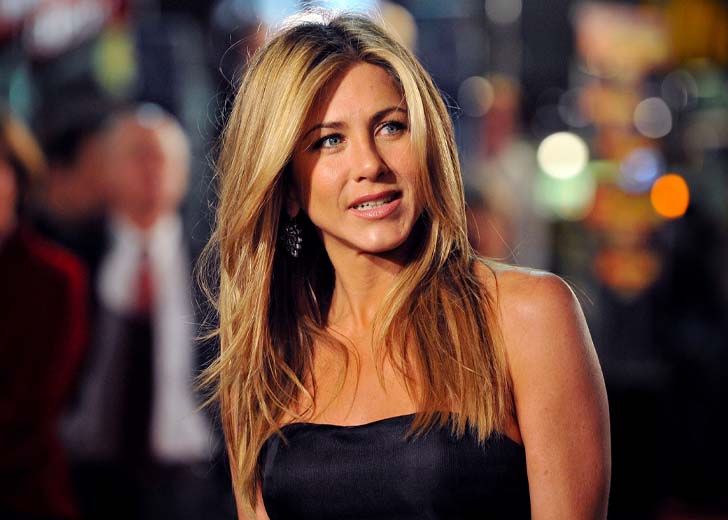 Get to know everything!

Plastic surgery or beauty enhancement procedures aren’t a new concept as thousands of people have done it, including some world-renowned celebrities.

Jennifer Aniston is one of those world-renowned celebrities who has gone under the knife to correct some parts of her body that seemed flawed to her. And the Friends alum has always been open about those procedures.

Additionally, since the actress has been open about having plastic surgery, some have started wondering if those procedures are the reason for Aniston’s flawless skin and why she still looks young at 53.

Yes, you saw that right! As far as the public and media know, Aniston has done plastic surgery only two times. And during both times, she did rhinoplasty surgery to fix her nose.

The first time Aniston opened up about having rhinoplasty surgery was during her January 2007 interview with People Magazine. The actress was asked about her plastic surgery rumors, such as a nose job or a breast enhancement.

Aniston replied by saying, “It’s funny. I had [a deviated septum] fixed – best thing I ever did. I slept like a baby for the first time in years. As far as all the other [rumors], as boring as it sounds, it’s still mine. All of it. Still mine.”

And when the interviewer said that people would still compare Aniston’s before and after pictures, she said, “Short of letting everybody have a feel, I don’t know what else to do. I really am pretty happy with what God gave me.”

A couple of months before, in October 2006, the Los Angeles native had talked about having breast implants during a conversation with Oprah. Aniston denied those rumors as she said, “No boob job!”

“You know what it’s called? It’s called 10 pounds. Here’s what it is — this is the funny thing — you’re either, ‘Oh, look at the bump,’ or ‘The Pregnant…,’ and they circle the bump and there’s an arrow. But instead it’s like, you know, maybe a couple cheese plates too many,” she added.

In 2014, The Morning Show star had an exclusive chat with Harper’s Bazaar Australia, where she further talked about injectables, plastic surgery, and the stigma of aging in Hollywood. “There is this pressure in Hollywood to be ageless.”

She continued, “I think what I have been witness to is seeing women trying to stay ageless with what they are doing to themselves. I am grateful to learn from their mistakes because I am not injecting s–t into my face.”

In the end, Aniston said, “I see them and my heart breaks. I think, ‘Oh god, if you only know how much older you look.’ They are trying to stop the clock, and all you can see is an insecure person who won’t let themselves just age.”

As for her second plastic surgery or nose job, Aniston’s rep told US Weekly in 2018 that the star actress underwent a rhinoplasty surgery for the second time to correct her deviated septum that was incorrectly done over 12 years ago — when she first did her nose job.

As mentioned earlier, Aniston has undergone the knife two times only, and both were for a nose job. So, how does she still get such flawless skin and look younger than her age?

Over the years, the producer has shared multiple tips for taking care of one’s skin and her thoughts on aging. In 2014, she discussed the importance of a healthy diet on a person’s skin during her conversation with Women’s Health.

Two years later, in 2016, Aniston doubled the significance of hydration for a person’s skin as she told InStyle magazine, “Water, sleep, and sunscreen” are her “top three anti-aging tips.”

Similarly, during her 2017 interview with Allure Magazine, she talked about’s society’s view on aging. She said, “I really wish we could shift our perspective on [aging] as a negative because it’s happening to every single one of us.”

In the same year, Aniston told Vogue magazine that she prefers a simple beauty routine. “I think over the years, everything’s just continued to get simpler. Less is more, less makeup, less fuss, and just more natural, which I kind of prefer.”

She continued, “My skin care treatment is very simple. I’ve found that anytime I try to do some kind of fancy hair or makeup routine or skin care routine, it gets more complicated.”

And while all those tips are more than helpful for flawless skin, Aniston is still a human being and gets a massive zit on her face once in a while. And whenever she has a pimple, she “first roll my eyes and get annoyed, and usually, I will put some sort of a drying lotion on.”

Her tip for pimples is not to pick them, although she used to do so in the past. So, that’s almost it then; Aniston hasn’t done much plastic surgery, unlike what people believe. And her ageless skin is due to the care for her body.

Did Lili Reinhart Break Up with Boyfriend Spencer Neville?