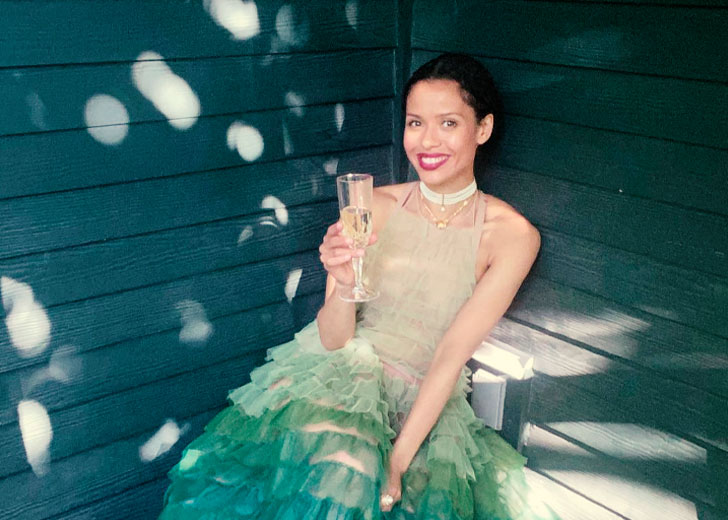 Gugu Mbatha-Raw is a BAFTA Awards-nominated English actress known for her roles in Doctor Who (2007), Undercovers (2010-12), Belle (2013), and several other movies and TV shows.

Her popularity was recently boosted when she portrayed the role of Judge Ravonna Renslayer in the Marvel/Disney+ TV series titled Loki. Her performance in the show was loved by millions of MCU fans across the world.

While the professional life of the 38-year-old actress remains known among the public, her secrecy about her love life has captured the eyes of her fans. People are eager to know if she has a husband or is dating a handsome hunk.

Does Gugu Mbatha-Raw Have a Husband or Boyfriend?

According to reports from online outlets, the 5 feet 4 inches tall English actress is yet to get married to a husband and give birth to children. This leads us to focus on if she is dating anyone and has a boyfriend.

On that topic, Mbatha-Raw has maintained quite the secrecy and has always kept her mouth mum. She prefers to keep her relations with men up to herself only and doesn’t reveal much about it in the media.

In her Instagram gallery, too, she has shared pictures of herself only or images related to her profession. Considering that, it might be safe to say that she is currently single. And, if that’s not the case, then she has been successfully able to hide her partner from the eyes of the media and public.

Info on Her past Relationships and Boyfriends

Although there isn’t much to discuss about Beyond the Lights actress’ current dating life, or so it seems, there is something to learn about her past relationships. It is reported that Mbatha-Raw was involved in a few relationships in the past.

As per reports, the English actress was in a romantic relationship with the Game of Thrones actor Harry Lloyd. Some even claim that they were engaged to be married; however, the claims weren’t made official.

After dating each other for some time, while keeping their togetherness a secret, they parted ways in 2012. Afterward, she was linked with two more actors — Sam Reid and Nate Parker.

Nonetheless, much like last time, nothing was confirmed, and the links remained as speculations only. Since then, there have been no further speculations on who Mbatha-Raw is dating. Even if there were rumors, there wasn’t much source in it to claim it as true.

Hailing from the suburbs of Oxford, Oxfordshire, England, The Morning Show actress was born in 1983 as Gugulethu Sophia Mbatha. She celebrates her birthday on the 21st of April every year. As per her date of birth, her zodiac sign is Tauras.

She is the daughter of Patrick Mbatha and Anne Raw. While her father is a South African doctor, her mother is an English nurse. She is the only child of her parents and doesn’t have any siblings.

While she was still a child, her parents decided to separate. After the divorce of her parents, she was raised by her mother in Witney, Oxfordshire. She still has maintained a close relationship with her father.

Mbatha-Raw was into drama, dance, and musical theatre from an early age. Pursuing the same interest, she enrolled at the Henry Box School and also participated at the National Youth Theatre.

In 2001, she managed to win a scholarship to the London-based Royal Academy of Dramatic Art (RADA). Three years later, in 2004, she graduated from RADA and began appearing in theatre acts, movies, and TV shows.

For her contribution towards drama, she was even appointed Member of the Order of the British Empire (MBE) by Queen Elizabeth II in the 2017 Birthday Honours.

Posted on January 18, 2022January 18, 2022
Photo: Instagram/peytonlist American actress and model, Peyton List, known as Emma Ross in the Disney channel’s famous show Jessie, has been in the hearts...
Read More