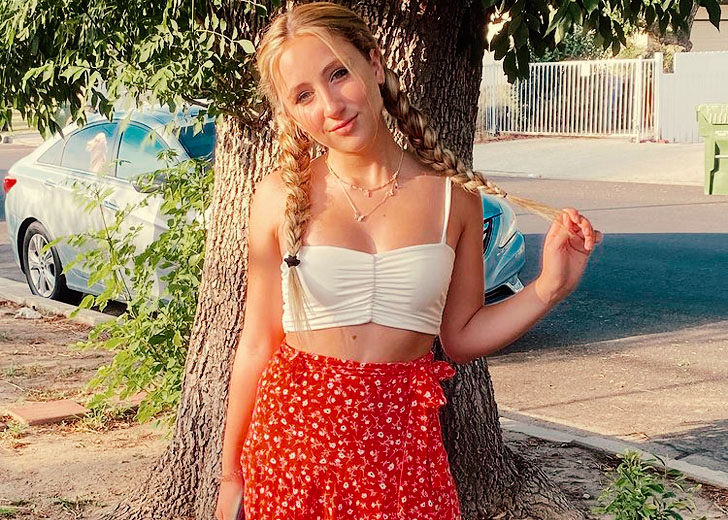 Ava Grace Kolker, professionally known as Ava Kolker, is a rising child actress who gained the limelight for her performances in different movies and TV shows. Some of the acting gigs for which she gained recognition are Scary Movie 5 (2013), Girl Meets World (2014-17), A Fairy’s Game (2018), and Sydney to the Max (2019-present).

For her portrayal of Ava Morgenstern in Girl Meets World, she won a Young Entertainer Award and was even nominated for the Young Artist Award.

How Old Is Ava Kolker?

Kolker was born in 2006, in the city of Los Angeles, California. She is currently 14 years old and celebrates her birthday on the 5th of December every year.

On December 5, 2020, she celebrated her 14th birthday on the sets of Sydney to the Max. The Disney Channel family surprised her with a cake and small celebration while following the COVID-19 safety protocols.

As per her date of birth, her zodiac sign is Sagittarius. Additionally, she currently stands at the height of 5 feet (1.52 meters). She recently graduated from middle school, although the name of educational institutions remains unknown.

The Miss Meadows actress is the third daughter of her parents: Doug Kolker and Sandrine Kolker. Her father is a businessman by profession, and her mother is a housewife. Ava has one similarity to her father — they celebrate their birthday on the same day.

The two actress sisters have even played the same character (Robin) of different ages in the TV series, Agents of S.H.I.E.L.D.

Ava Kolker is quite active on various social media platforms and shares pictures and clips of her day-to-day life and professional life. She handles her own accounts, unlike her younger sister, whose social media handles are managed by her parents.

She has 14.2 thousand followers, and 1.8 million followers on her Twitter and TikTok handle, respectively. Furthermore, she also has a self-titled YouTube channel where she occasionally uploads music videos. The channel has gained over 37 thousand subscribers.

The Los Angeles native was interested in acting from an early age. By the time she was 4, she had made her TV debut through the TV series American Horror Story (2011). In the next year, she made her big-screen debut portraying the role of Marybeth Geitzen in Santa’s Little Yelpers.

In 2018, she appeared in two movies–Insidious: The Last Key (as Young Elise Rainier) and A Fairy’s Game (as Aeloo)–and one TV series–Agents of S.H.I.E.L.D. (as 12 Year Old Robin). In 2019, she first voiced a character in the movie Snow White and the Red Shoes.

Then, she went on to portray the role of Olive Rozalski in the Disney Channel TV series Sydney to the Max. As she played a lead role in the show, she has been a part of it in its second and third seasons too.

Currently, she has one acting gig and one voice-over gig lined up; Manifest West (post-production) and Peter Pan, Land of Forever (pre-production).

With such a flourishing acting career, Kolker must have accumulated a healthy sum. So, how much is Ava Kolker’s net worth? Well, reports suggest that she has a net worth of around $550 thousand.