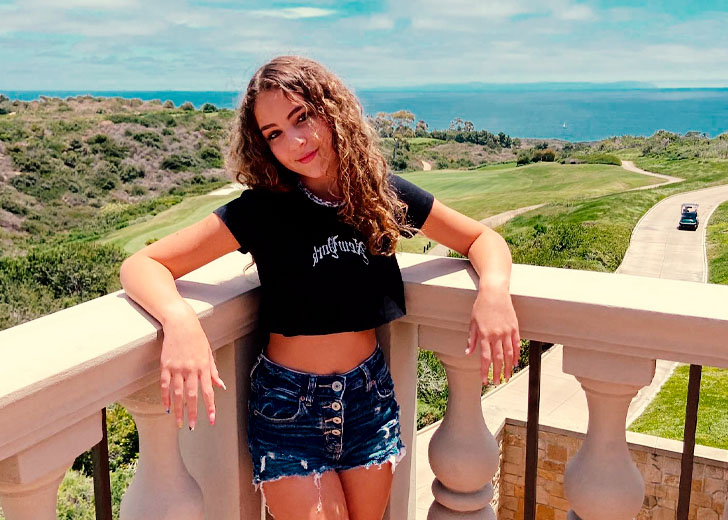 Alexa Rose “Lexy” Kolker, popularly known as Lexy Kolker, is an emerging child actress who got fame for her role as Chloe in the 2018 movie Freaks. For her performance, she was nominated twice and even won a Young Artist Award.

How Old Is Lexy Kolker?

Hailing from the suburbs of Los Angeles, California, Lexi Kolker was born in 2009. She recently turned 12 years old, having celebrated her birthday on the 17th of August.

On her special day, she shared some pictures via Instagram and gave some glimpses from her 12th birthday.

The Los Angeles native is the daughter of Doug Kolker and Sandrine Kolker. While her father is a businessman by profession, her mother is a housewife. She has a good relationship with her parents and usually shares pictures alongside them.

Apart from her parents, Lexy also has three older sisters: Ava Kolker, Kayla Kolker, and Jade Kolker. Much like Lexy, her older sister Ava is also an actress. Besides, the two siblings even played the same character of different ages in the TV series, Agents of S.H.I.E.L.D.

As both of them played the same character but of different ages, many viewers weren’t able to differentiate between the two sisters, resulting in some wondering if they were related. Well, they are related as they are biological sisters.

As an aspiring child actress, Lexy Kolker is quite active on various social media platforms, trying to maintain a strong fanbase. However, she is not the one who uses her social media handles as her parents run them.

She doesn’t have a Facebook page but has a Facebook account and can be found by searching Lexy Kolker. Currently, she has only a limited number of friends on Facebook, consisting only of close friends and family members.

Lexy Kolker was influenced into acting by her older sister, Ava. Soon, she wanted to become an actress. Finally, in 2015, she made her acting debut playing the role of Tatiana Taylor in the TV series Criminal Minds.

In the next year, she starred in one movie – Female Fight Club – and two TV series – Rachel Dratch’s Late Night Snack and Shooter (2016-18). Her recurring role as Mary Swagger in Shooter was loved by the audience, which laid the first foundation of her acting career.

In 2017, she made her appearance in two movies – Our Little Secret and Searchers – and in the hit ABC/Marvel TV series Agents of S.H.I.E.L.D. (2017-18). As time passed, she continued to leave her mark in the entertainment industry.

However, it is soon going to change when the movie Manifest West gets released. In it, she is going to portray the role of Riley Hayes. The movie is currently in post-production and might release in 2021. Furthermore, she also has another project credited to her name, a TV series titled For Nothing.