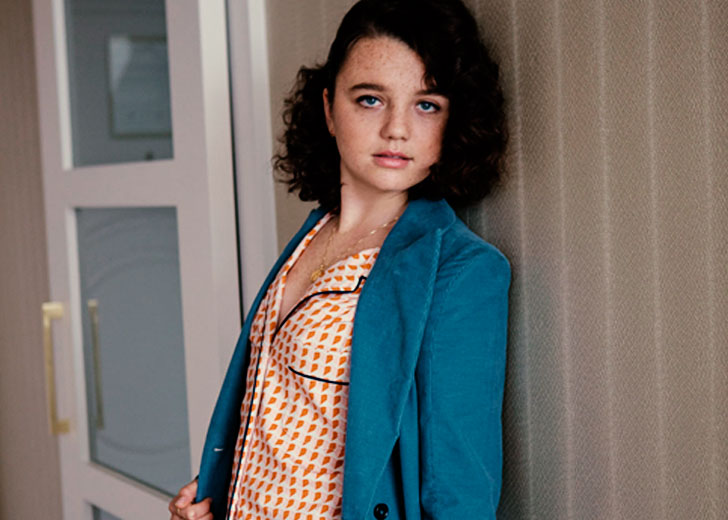 Stefania LaVie Owen is an American-born actress who recently came into the spotlight for her role as Bear in the recently released Netflix fantasy drama series Sweet Tooth.

For her performance in the latter two movies, she won an award at Coronado Island Film Festival and Boston Film Festival.

How Old Is Stefania LaVie Owen?

Born in 1997, Owen is currently 23 years old. She celebrates her birthday on the 15th of December every year. As per her date of birth, her zodiac sign is Sagittarius.

She was born in the city of Miami, Florida. Although born in the United States, she usually doesn’t reside in the country. She moved to New Zealand at the age of four, where her father is from, and settled down in Pauatahanui, a village just north of Wellington.

She devotes her time between New York City and Wellington. Furthermore, she has dual citizenship, one of the U.S. and another of New Zealand.

Info on Her Family and Education

Due to that, the actress has mixed ethnicity. Apart from her parents, she has two siblings: an older sister named Carly Owen and a younger sister named Lolo Owen. Both of her sisters are aspiring actresses.

Speaking of her education, she first went to Pauatahanui school, where she first learned acting. Later, she enrolled at a girls-only private school named Chilton Saint James School, located in Lower Hutt, Wellington.

Both of her sisters also attended the same school. While they were there, they learned acting and also got involved in several school productions and dancing classes.

She has a slim body figure. Additionally, her hair color is dark brown, and her eyes color is blue.

The Chance actress is not that fond of social media and doesn’t usually use it. However, she is available on two social media platforms: Instagram and Twitter.

Although she used to post frequently on Twitter, she hasn’t been active since her last tweet on April 14, 2016. But, the case is quite different on Instagram, where she previously shared a lot of pictures and stopped posting after May 22, 2018.

After almost 3 years of break, she returned to Instagram on April 29, 2021, by sharing a video. In the video, she mentioned that the break was good for her mental well-being. Since then, she has occasionally been sharing pictures and videos.

After participating in school performances, Owen’s interest in acting was increasing more and more. In 2009, she finally made her acting debut playing the role of Flora Hernandez in the movie The Lovely Bones.

In the very next year, she got cast as one of the lead characters in the TV show, Running Wilde (2010-11), where she portrayed the role of Puddle Kadubic. Her performance provided her with a fair amount of fame.

In 2020, she made her appearance in two TV series–Messiah (as Rebecca Iguero) and The Wilds (as Becca Gilroy)–and a movie titled Paper Spiders (as Melanie). In 2021, as of this date, she has appeared in only one acting project.

It was a Netflix fantasy drama series titled Sweet Tooth, released on June 4, 2021. She portrayed the role of Bear / Rebecca “Becky” Walker, the leader and founder of the Animal Army who saves hybrids.

Her performance was loved by the viewers, and it boosted her popularity even more. As of now, she doesn’t have any upcoming projects lined up.

With such a blissful career in the entertainment industry, it must be sure that she received some healthy pay-cheques. If so, how much is her net worth? Well, Celebrity Net Worth reports Stefania LaVie Owen has a net worth of $3 million.