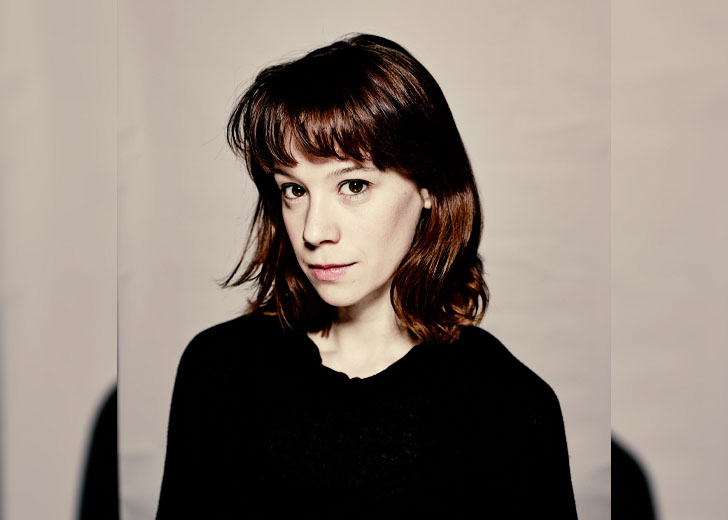 For her portrayal of Shell in the movie Shell, she even won an award at the British Independent Film Awards and was nominated for another award at the London Film Festival.

Hailing from the suburbs of Edinburgh, Scotland, United Kingdom, Pirrie was born in 1987. She celebrates her birthday on the 25th of August every year. In a couple of days, on August 25, she will celebrate her 34th birthday. As per her date of birth, her zodiac sign is Virgo.

The family details of the Scottish actress are not clearly known. She has not disclosed much about her parents and if she has any siblings or not. However, she has mentioned her parents during a couple of interviews.

In an interview with You, in February 2018, she mentioned that her mother is from Essex, England, and her father hails from Glasgow, Scotland. She also said that both of her parents currently reside in Edinburgh.

Additionally, in another interview with wyldemag.com, in February 2020, she mentioned that her parents were supportive of her acting interest, and they were happy when she got into drama school.

Speaking more of Pirrie’s schooling, she first attended the Mary Erskine School. After being fond of acting, she moved to London at the age of 18 to join the Guildhall School of Music and Drama — graduated in 2009.

Furthermore, she also has completed higher studies in English, French, History, and Humanities.

The War & Peace actress stands at a towering height of 5 feet 8½ inches or  1.74 meters. She weighs around 57 kg or 126 lbs and has a slim build body. Her eyes color, as well as hair color, is Dark Brown.

Is Pirrie Single or Dating?

The current relationship status of the Edinburgh, Scotland native remains unknown. She is very private about her romantic life and doesn’t share much among the media and public.

In addition to that, she has also kept a low profile in her social media handles, sharing pictures related to her day-to-day life and profession only.

Although Pirrie has been keeping her personal life details behind the curtains, as of now, she once mentioned that she was in a relationship. During the interview with You in 2018, she confirmed that she has a boyfriend.

However, other than the confirmation, she declined to provide additional information on her partner. Since then, she has not mentioned her boyfriend in any events. This has led people to speculate that the two might have broken up.

But, there is also a possibility that they are continuing their relationship in a private way. Whatever the case might be, nothing can be said without an official confirmation from the actress. Until then, Pirrie’s relationship status remains unknown.

Pirrie’s professional acting career started in 2010 when she made her debut through the short movie titled Solstice — she played the role of Lily. In the same year, she played a cameo role in the TV show Doctors.

Afterward, she took a break and returned to the big screens in 2012, playing the titular role in the movie Shell. The movie provided her with healthy limelight. Afterward, she never looked back and continued her journey in the entertainment industry.

In the year 2020, she appeared in three movies–Emma. (as Isabella Knightley), Kindred (as Jane), and Look the Other Way and Run (as Sammy)–and one TV series–The Queen’s Gambit (as Alice Harmon).

Currently, she is working on a short movie titled Left Over. In it, she will portray the role of Nel. Considering Pirrie’s illustrious career, it must be sure that she has accumulated a healthy net worth.

As per reports, Chloe Pirrie’s net worth in 2019 was $500 thousand. The numbers might have risen as of now as she was a part of some big acting gigs in 2020.