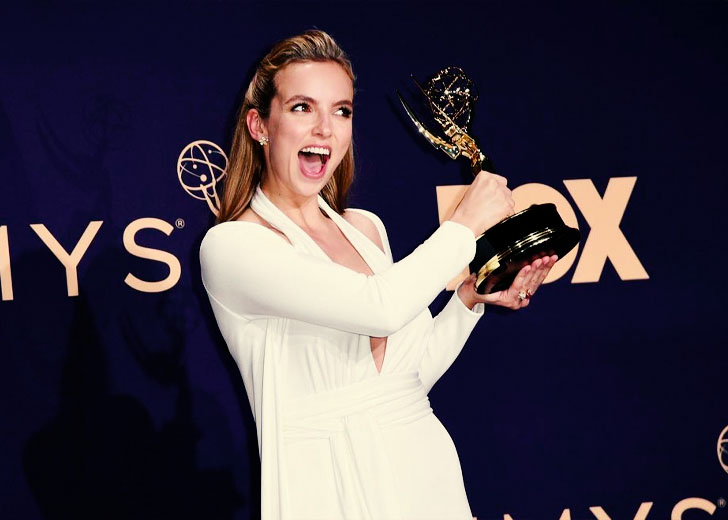 Jodie Comer is a talented English actress known for her portrayal of Villanelle in the TV series Killing Eve (2018-21). She even won a Primetime Emmy Award and the British Academy Television Award for her performance in it.

How Old Is Jodie Comer?

The England Is Mine star was born in 1993. She celebrates her birthday on the 11th of March every year. So, Comer’s current age is 28. As per her date of birth, her zodiac sign is Pisces.

Where Is Jodie Comer From?

The 28-year-old actress hails from the suburbs of Liverpool, Merseyside, England. She spent most of her childhood in the Childwall suburb, a ward of Liverpool, in the southeast of the city.

Who Are Jodie Comer’s Parents?

Born as Jodie Marie Comer, she is the daughter of Jimmy and Donna. Apart from her parents, she has a younger brother named Charlie Corner.

While her father is a sports massage therapist for Everton Football Club, the profession of her mother is unknown. Her brother works as an analyst for Huddersfield Town Association Football Club.

Comer has a healthy relationship with her parents as well as her brother. She still resides with her family in their house in Liverpool. Speaking more on that to OK Magazine in 2019, she mentioned:

“There’s no place I would rather be than at home in my pyjamas with my brother, watching the telly. That is my happy space. If you are working away a lot, you want to get back to reality. My family keeps me grounded and I am definitely a home bird.”

How Tall Is Jodie Comer?

The English actress stands at a towering height of 5 feet 8 inches or 1.73 meters. Speaking more of her body, she weighs around 58 kg or 128 lbs.

The St Julie’s Catholic High School graduate is completely straight, which eradicates the questions of her being gay/lesbian. In fact, she is very much in love with a man named James Burke.

Bruke, 26 as of December 2020, is an American lacrosse player who reportedly works in tech.

Comer met her boyfriend in the summer of 2019 during a party while she was filming her movie, Free Guy, in Boston. They sparked feelings after a couple of meets and officially began dating in early 2020.

However, both of them managed to keep their relationship under the radar of the media and public. Despite their best effort, a selfie of the duo was shared on Twitter. After the picture was out, Twitter users were quick to find out James Bruke and that he was allegedly a Republican / Donald Trump supporter.

This led those Twitter users to even trend Comer’s cancellation. Initially, the actress didn’t address any of the topics. In November 2020, she finally spoke out on her boyfriend’s political interest and insisted it was “false information.”

In December 2020, when she appeared on the January cover of InStyle Magazine, she mentioned that she didn’t respond earlier for the sake of her ‘health.’ She stated, “It was really shocking. It was the first time I had ever been dragged into something like that. And it wasn’t just me; it was my family….”

Around the same time, she told Marie Claire Australia that “everything has fallen into place.” Additionally, she said, “My personal life feels so sacred to me now, and it’s something I want to protect no end.”

Well, it seems like Comer’s romantic relationship with her partner is going on well, and she is keeping the details of it that way she intended to — away from the media and public.