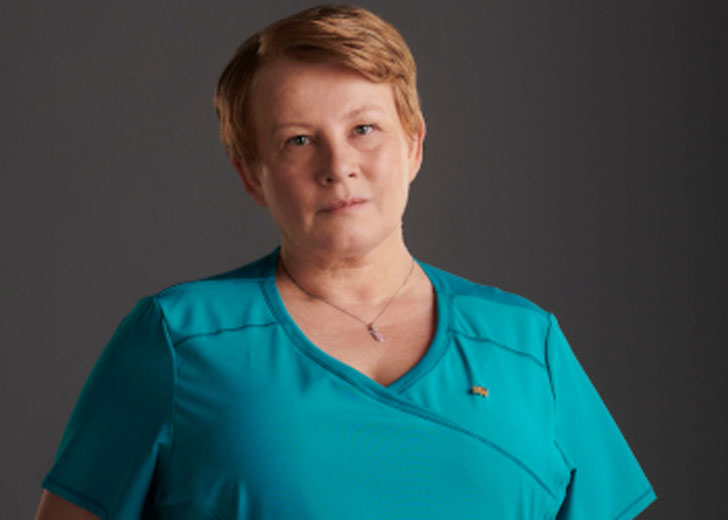 Elizabeth Saunders is an England-born Canadian actress who has achieved a lot in her time in the entertainment industry. Born on September 26, 1966, the Bristol, England native graduated with a BFA in Acting from the University of Alberta, Edmonton, Alberta, Canada.

Later, she completed her MA in Theatre Performance and Drama. In 1987, she finally made her acting debut through the TV movie, Almost Partners, where she portrayed the role of Margo Clevitch.

Following that moment, she has been progressing a lot in her professional life, having more than 70 acting credits to her IMDb profile. Here is a look at Elizabeth Saunders’ Top 5 movies and TV shows, as per IMDb rankings.

Counting from the highest to the lowest ratings, Hallmark Channel’s 2019 TV series When Hope Calls comes first on the list with an IMDb rating of 8.1 out of 10.

In the show, Saunders’ portrays the role of Eleanor Winters and has appeared in all 10 episodes.

When Hope Calls is a spinoff series of When Calls the Heart and it revolves around two orphan siblings — Lillian Walsh, played by Morgan Kohan, and Grace Bennett, played by Jocelyn Hudon — who grow up apart but later reunite in their adulthood.

Mary Kills People is a Canadian drama TV series with an IMDb rating of 7.5 out of 10. Additionally, it also has a 100% score on Rotten Tomatoes.

As per the show’s IMDb profile, its synopsis is “Single mother Mary Harris is an ER doctor by day but by night she and her partner, a former plastic surgeon, moonlight as underground angels of death who help terminally ill patients slip away on their own terms.”

Saunders joined this show in the third season and portrayed the role of Frances Thorp. Although she was only in the third/final season, she did appear in all six episodes of the show.

IT is a 2017 horror/thriller movie set in the town of Derry, Maine during the summer of 1989. In the movie, seven bullied kids join together to defeat a shape-shifting clown, Pennywise, which has been preying on the children of the town.

The movie, also known as It: Part 1 – The Losers’ Club, has an IMDb rating of 7.3 out of 10. The movie did very well at the box office and was also nominated for several awards.

In this movie, Saunders played the role of Mrs. Starret. The actress was accompanied by some talented stars, including Bill Skarsgård, Finn Wolfhard, Sophia Lillis, Jaeden Martell, Jack Dylan Grazer, and more.

The fourth one on the list is the Canadian-French educational children’s animated TV series, Franklin, with an IMDb rating of 6.5 out of 10. The animated TV series is based on the Franklin the Turtle books by Paulette Bourgeois and Brenda Clark.

In this show, Saunders voiced the character of Mrs. Turtle in a total of 38 episodes. Joining the actress on the voice-over work were Noah Reid, Leah Renee, Richard Newman, Luca Perlman, Shirley Douglas, and others.

The show’s official synopsis is “Franklin focuses on the eponymous growing young turtle who, as his television stories and books always begin, “could count by twos and tie his shoes”.”

Girl is a 2020 feature film directed and written by Chad Faust. Although some critics have praised the movie, it has, surprisingly, an IMDb rating of just 4.8 out of 10.

In the movie, Saunders is seen playing one of the lead roles of Mama. Joining her on the cast list are Bella Thorne as Girl, Emma-Leigh Cullum as Daughter, Mickey Rourke as Sheriff, Chad Faust as Charmer, and others.

The synopsis of the thriller movie is “A young woman returns to her small hometown intent on killing her abusive father only to discover someone murdered him the day before. As the girl searches for answers, she uncovers a family legacy more dangerous than she’d imagined.”