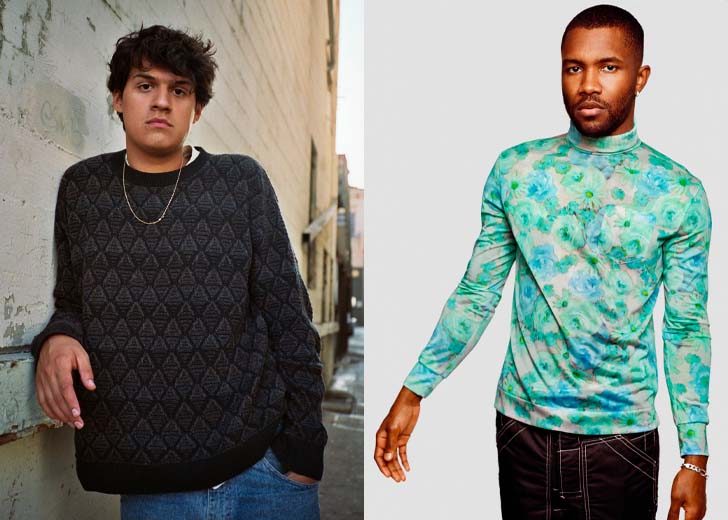 Everything about Omar Apollo and Frank Ocean’s relationship.

Fans are sure that Frank Ocean and Omar Apollo are dating because a picture of them got viral where they were found vacationing in Italy together.

Many argue that the images were taken while the singers were on vacation together in Italy and Greece, even though the faces of the singers are not clearly visible.

Omar Apollo from his recent trip to Italy. (Source: Instagram)

But neither Ocean nor Apollo have addressed the dating rumors. However, that didn’t stop social media users from piecing together hints about a possible romance between them.

Ocean might be dating Apollo, as fans have compiled clues that something might be happening between them. According to Out Magazine, both artists were seen on a trip to Italy at the exact time and location, leading to dating rumors.

While some reports suggested that Ocean and Apollo had been dating for a while, fans didn’t begin comparing pictures and compiling information about this rumored connection until recently.

For instance, one TikTok user discovered after scrutinizing many social media posts uploaded by Ocean, Apollo, and his friend Jake that these guys are hanging out together while visiting Italy.

But there’s more! On April 28, 2022, co-host Fran Tirado of the Like a Virgin podcast mentioned a rumor he had heard about Ocean and Apollo having a secret relationship for up to three years.

Tirado said, “So when I was driving late at night back from a Coachella party, I was driving home [with] two friends of friends that are from Mexico and they work in the music industry.”

He continued, “One of them was friends with Omar Apollo, so we were talking about this new album Ivory. And I was saying, ”It feels really Frank Ocean-y to me. Well, it sounds a lot like Frank Ocean.”

The guy looked at Tirado and disclosed, “You know they used to date, right? They dated for three years, and they broke up, and this album, Ivory, is all about Frank.”

Many fans were taken by surprise by the dating rumors. One fan wrote, “Frank Ocean and Omar Apollo together in Italy. Can’t believe they are cheating on me like this.”

Similarly, another tweeted, “now I know why Omar Apollo’s music got some of that Frank Ocean flare to it. It’s because Ocean is in him.”

Another tweet read, “frank ocean and Omar Apollo being together is so personal to me u don’t even understand.”

While some fans believe the two of them might be dating, the other half assume they might collaborate on music. As one of the fans tweeted, “Omar Apollo and his friends are hanging out with Frank Ocean… OMFG… IMAGINE A FRANK AND OMAR COLLAB.”

Posted on July 21, 2022July 21, 2022
Simu Liu and Jade Bender have made multiple public appearances together in the last one month.
Read More