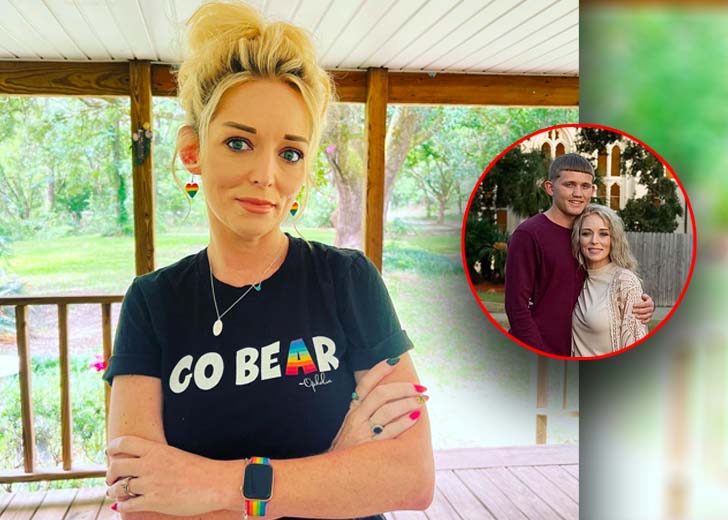 Mama Tok is grateful but not happy about finding her son’s murderer.

After almost two months, the alleged culprit was caught. Nichols took to TikTok to address the issue, saying that she was grateful that the murderer was caught, but she was not happy with the entire situation.

Here is everything we know about Nichols’s son Lee’s murder and the aftermath.

In late June, 18-year-old Lee was tragically shot to death at a petrol station in Prichard. Nichols announced her son’s death in a TikTok video, saying, “My son was killed.”

She noted the day she made the video would have been his 19th birthday and confirmed he died a day before. She said, “He was shot. And I have this hatred in my heart that I don’t recognize, because I have never felt hate for anybody.”

Ophelia Nichols shared about the murder of her son, Randon Lee, with her followers on TikTok. (Source: Instagram)

Nichols begged her 7 million followers on TikTok to come forward with any information they may have about her son’s murder. She believed someone had to know about her son’s untimely death.

Nichols then displayed a photograph of herself with Lee. She pointed out that he was her son and appealed for help from anyone.

Before the video ends, the TikTok star made one more plea for answers, crying her heart out. Later, she commented on her video, adding that police “have a lead on 2 individuals.”

A suspect was detained concerning the death of Mama Tok’s son on August 18, 2022. According to Montgomery County jail records, 20-year-old Reuben Gulley is being held on a single murder charge.

According to WALA-TV, Gulley handed himself to authorities after being suspected of murdering Lee. The latter met up with two people at a gas station the night he was fatally shot to death to offer them marijuana, according to Prichard police.

It is reported that Lee was shot by one of the suspects inside his car shortly after. The suspects allegedly left after the incident, and Lee exited the petrol station and went into another, where he died from his injuries.

Soon after the news about the alleged suspect being caught was released, Nichols took to TikTok to address it.

In a three-minute video, she spoke about how she was grateful that her son’s murderer was caught, but she was not happy with the situation. She noted that she was racing a lot of messages saying, “You must be so happy right now.”

Unfortunately, she was not happy as people had presumed. Throughout the video, Nichols was empathetic to Gulley.

She shared her experience of seeing Gulley’s mugshot and thinking how the alleged murderer was “just a baby.” She then claimed to have seen remarks from Gulley’s former professors calling him “a nice young guy.”

Nichols then said, “I bet he was. That just made me think, within 11 seconds, he made the decision to just throw his life away.”

The TikTok stated that her son and Gulley both have a mother who would do absolutely anything for them —  something she was convinced they had in common.

She reminded her followers how there were now two families in need. She pointed out that parents should not be suffering because of whatever their child did.

She recalled hearing bad comments about her son from others in her area following his death and expressed hope that Gulley’s mother would not have to go through the same ordeal.

She said she would never wish that on anyone. She continued, “Neither one of our children should’ve been there that night. Neither one of them.”

After a brief pause, Nichols stated that, while it is tough to consider what may have been, the road to justice would be challenging to them. She hoped that everything would go as planned.

Before ending her video, she reminded her followers that two families had been harmed, and it was not just hers.

One follower asked Nichols in the comments section whether she would be ready to speak with Gulley or his mother. “Of course, I would,” she said.