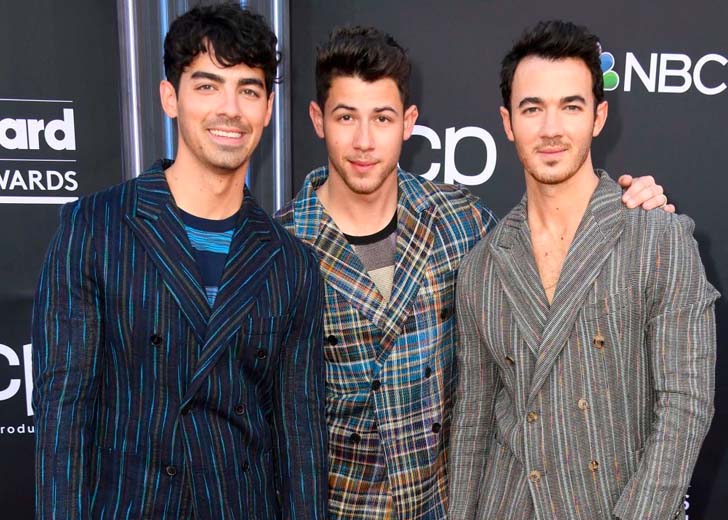 Nick Jonas thinks Frankie is a great uncle to all the kids in the Jonas family.

Nick Jonas is an actor, songwriter, and singer from the United States. He was born on September 16, 1992, to Paul Kevin Jonas, Sr., and Denise Marie.

His mother is a singer and a former sign language instructor, while his father is a lyricist, musician, and former Assemblies of God church ordained preacher.

Nick was raised in Wyckoff, New Jersey, and his mother homeschooled him.

His musical journey began at the age of six when he was discovered in a barber shop while his mother was having her hair cut and referred to a professional show business manager.

The Last Year Was Complicated musician has two older brothers, Joe and Kevin, and a younger brother named Frankie.

Interestingly, all Jonas brothers had an interest in music growing up, leading Joe, Kevin, and Nick to make various songs together. They recorded their first song, ‘Please Be Mine,’ in 2005.

Columbia Records president Steve Greenberg later decided to sign the brothers as a group after hearing the music.

Before settling on the name Jonas Brothers, they considered naming their band Sons of Jonas.

Throughout 2005, the band toured with artists such as Jump5, Kelly Clarkson, Jesse McCartney, the Backstreet Boys, and The Click Five, among others, while working on their debut studio album.

In December 2005, the group released the band’s debut single, ‘Mandy.’ The album was initially scheduled for release in February 2006, but administrative changes at Columbia’s parent company Sony caused numerous delays.

Moreover, they have worked and achieved success together throughout their careers. They also disbanded the group but later reformed and released numerous songs.

On the other hand, Frankie hasn’t worked much with his brothers, as he is more into acting and voice dubbing. He has appeared in a minor role in the Disney Channel original movie Camp Rock 2: The Final Jam.

When the Jonas Brothers first appeared on the music scene in the mid-aughts, they were just kids themselves. But the brothers are now fathers.

Kevin is married to his wife, Danielle Deleasa, and they have two daughters together. Their children are Alena Rose and Valentina Angelina.

Their eldest, Alena, was born on February 2, 2014, and their youngest, Valentina, was born on October 27, 2016. Since Kevin was the first of the Jonas Brothers to have children, Joe and Nick have had their fair share of adorable uncle moments with Alena and Valentina.

Similarly, Joe and his wife Sophie Turner, known for her role in Game of Thrones, welcomed their first child, a daughter named Willa, on July 22, 2020.

Frankie is regarded as the best uncle among all. Nick, who welcomed his first child with his wife Priyanka Chopra Jonas in January 2022, shared on The Tonight Show Starring Jimmy Fallon that his younger brother is a great uncle to all the kids.

When the host inquired about his brothers, the singer described them as amazing. He said, “You know, they have two older children of their own. But it’s the one Jonas who isn’t in the band and isn’t a father yet, Franklin Jonas, aka Frankie, who has won the hearts of all the kids.”

Likewise, when Fallon asked why Nick explained his reasoning, saying, “Well, he’s the closest in age to the kids.”

Who Are NFL Star Aidan Hutchinson's Parents? A Look at His Family