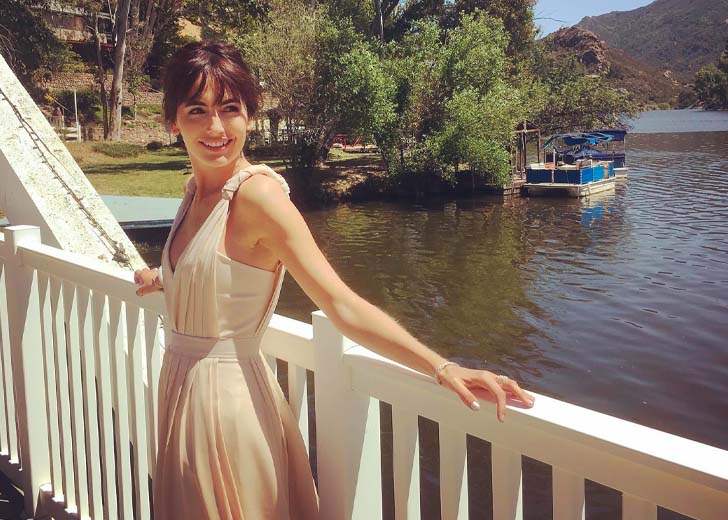 American actress, director, and producer Camilla Belle seems to be single at the moment. Regardless, the Carter actress has, nevertheless, had a number of romances in the past.

In 2006, she was rumored to have dated The Boat That Rocked actor Tom Sturridge and later had a relationship with Jonas Brothers member Joe Jonas in 2008.

The celebrity also had a few fleeting flings and short-lived unions with a few well-known people.

Law & Order: Organized Crime actress hasn’t been married yet — thus, she doesn’t have a husband. She is single since nothing on her Instagram account suggests that she is involved in a romantic relationship.

However, the actress has a long history of relationships with numerous notable personalities. In 2006, Belle was rumored to be dating The Sandman actor Sturridge.

The rumors first circulated when the pair’s intimate pictures were released in the media. But neither of them ever made a statement confirming or rejecting the rumors.

Belle was also romantically linked with an American singer and songwriter, Jonas, from late 2008 to mid-2009. After a tumultuous breakup with Taylor Swift, the middle Jonas brother started dating Belle, who appeared in the Jonas Brothers’ music video ‘Lovebug.’

According to People, the duo met on the set while filming the Jonas Brothers’ music video ‘Lovebug.’

Swift and Jonas split up shortly after Jonas and Belle met, although he made it clear in a blog post on the Jonas Brothers’ MySpace page that he never cheated on anyone.

Since they formally split up in 2008, just as she was getting ready to release Fearless, much of her thoughts on the termination of their relationship were revealed on 2010’s Speak Now.

Swift targeted Belle, the actress who Jonas hooked up with right after she dumped him, in her ‘Better Than Revenge’ song.

The lyrics were, “She’s not a saint and she’s not what you think. She’s an actress, whoa. She’s better known for the things that she does. On the mattress, whoa.”

The star also had short flings and temporary relationships with a few famous personalities. She went on a date with American actor Topher Grace at Brentwood Country Mart.

Nonetheless, they did not go any further, and Grace is a proud father of two from his marriage with Ashley Hinshaw.

Afterward, in 2012, she dated an American football player Tim Tebow. The relationship lasted for only a few months. Shortly after, she was seen with One Tree Hill actor Chad Michael Murray in 2013.

After her breakup with Murray, Belle was rumored to be linked with ‘Escape’ singer Enrique Iglesias. Following a string of failed romances, Belle appears to have made the decision to keep her love life private.

Is Jamie Clayton Transgender? Was She Dating Keanu Reeves?

Do Direct Lenders Like KashPilot Offer Any Advantages Over Traditional Banks?