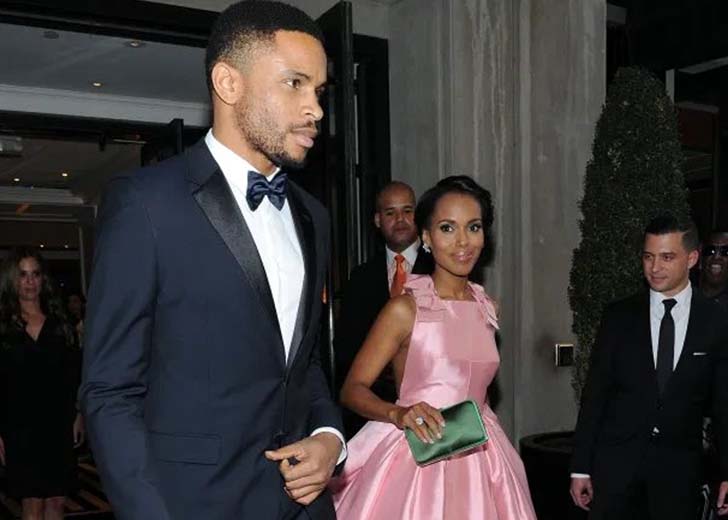 With the approval of loved ones, former NFL player Nnamdi Asomugha and American actress and director Kerry Washington wed in Idaho in a private ceremony in 2013.

When it comes to her personal life, the American actress chooses to retain greater anonymity. Throughout their nine-year marriage, the pair has kept the majority of the details of their wedding private.

Since being married in 2013, the couple has only sometimes shared glimpses of their relationship with the public, making appearances at events, including the 2018 premiere of If Beale Street Could Talk, the 2019 Emmy Awards, and the 2020 Sundance Film Festival.

The American actress prefers to maintain greater secrecy when it comes to her private life.

Fans are aware of the beginnings of Asomugha and Washington’s romance, but they go to tremendous measures to keep the rest of their relationship a secret.

In 2013, in an interview with Glamour, the actress emphasized how her business friends like to talk about their personal lives. Still for her, she does not like blending her professional life with her personal life.

Even when there were rumors of a divorce between Washington and Asomugha in 2016, she vowed not to address them, but she may make passing references to it in her own nuanced manner.

Nonetheless, the parents of three made a rare joint appearance at the 2022 Screen Actors Guild Awards on February 27 for the first time in two years.

The Simpsons actress donned a vivid yellow strapless dress by Celia Kritharioti for the event, and Tyler Ellis’ matching yellow velvet purse completed the look. Similarly, the former NFL star looked dapper in a black tuxedo and a white button-up.

The couple hasn’t been spotted together since October 2020, thus this sighting was significant. At the time, the couple appeared to speak at a Joe Biden and Kamala Harris 2020 presidential campaign event called Early Vote Mobilization.

It seems that Washington and Asomugha first became romantically involved through acting. The New York Daily News reported that Asomugha and his current wife first became acquainted in 2009 while Washington was appearing on Broadway in the play Race.

In 2018, she said, “The last time I did theater, it completely transformed my life. That’s where I met my husband,” to Marie Claire.

wow nnamdi asomugha and kerry washington are such a beautiful couple 😭❤️ pic.twitter.com/MgtSetG02d

On June 24, 2013, the Scandal actress tied the knot with the actor and producer Asomugha in a secret ceremony surrounded only by their near and dear ones.

After dating for about a year, the pair exchanged vows in Hailey, Idaho. They have two children, a daughter, Isabelle Amarachi Asomugha, and a son, Caleb Kelechi Asomugha. Washington is also a stepmother to her husband’s daughter.

Is Thora Birch in Hocus Pocus 2? What Happened to the '90s Child Star?

Posted on February 27, 2022February 27, 2022
Katiana Kay is a renowned social media personality, and a bikini model who has amassed a huge number of fan following on her TikTok...
Read More