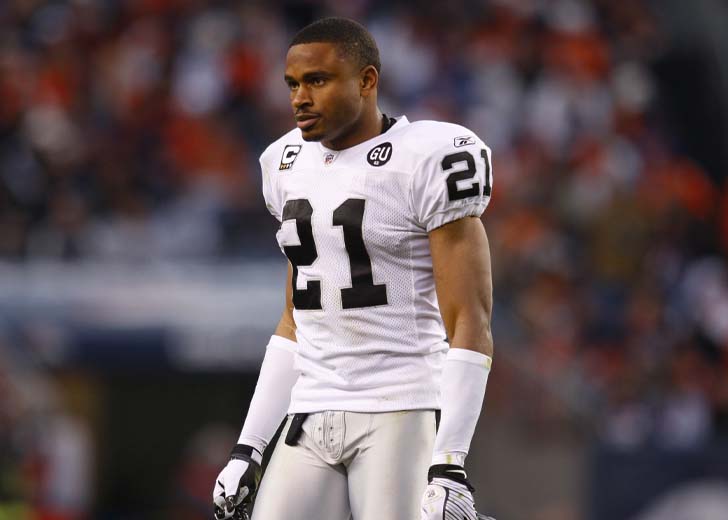 All about Nnamdi Asomugha’s career and his earnings so far.

The ex-NFL football cornerback Nnamdi Asomugha has a net worth of over $30 million. During his 11-year career in the NFL, he earned over $60 million overall and is considered one of the greatest Oakland Raiders of all time.

The former football star transitioned from football to the entertainment industry after he retired from football. He is now set to appear in the upcoming Netflix movie The Good Nurse.

What is Nnamdi Asomugha’s estimated net worth?

According to Celebrity Net Worth, Asomugha’s estimated net worth is $30 million. He played cornerback for the University of California, Berkeley.

The former footballer was drafted by the Oakland Raiders in the first round of the 2003 NFL Draft. In 2006, he recorded his first two career interceptions against the Cleveland Browns and got his third interception four weeks later against the Pittsburgh Steelers.

Asomugha earned the Oakland Raiders Commitment to Excellence Award and was named the team’s Most Valuable Player twice.

Asomugha was re-signed by the Raiders on February 19, 2009, to a three-year contract, making him the highest-paid defensive back in NFL history. Fully guaranteed were the first two years, valued at $28.5 million.

Raiders had to pay Asomugha $16.875 million in the third year of the contract if it wanted to keep him or the average of the top five cornerbacks’ salaries. If the Raiders failed to pick up the option, Asomugha became a free agent, with Oakland not having the ability to tag him again.

The former player and the Philadelphia Eagles reached an agreement on a five-year, $60 million contract on July 29, 2011, with at least $25 million guaranteed.

After failing to reach an agreement on a revised contract with the team, Asomugha was ultimately released by them at the conclusion of the 2012 season.

Asomugha committed to Oakland on December 26, 2013, in order to play his final game as a Raider. On December 27, 2013, he officially made his retirement announcement.

Asomugha made his professional acting debut on The CW Network’s comedy series The Game on in 2008.

In 2009, the actor portrayed Ken Shaw in the fourth season premiere of Friday Night Lights. After a year, in 2010, he made a guest appearance as Walle in the Season 3 episode of the TNT drama Leverage.

He made his feature film debut in 2012’s Fire with Fire, a movie that starred Bruce Willis, Rosario Dawson, and Josh Duhamel.

He co-wrote, co-produced, and starred in the Amazon Studios 2017 movie Crown Heights. On January 23, 2017, the movie made its world premiere at the Sundance Film Festival in the US Dramatic Category.

After screening at the Sundance Film Festival, the movie garnered positive reviews, and it also won the Audience Award for American Dramatic Film.