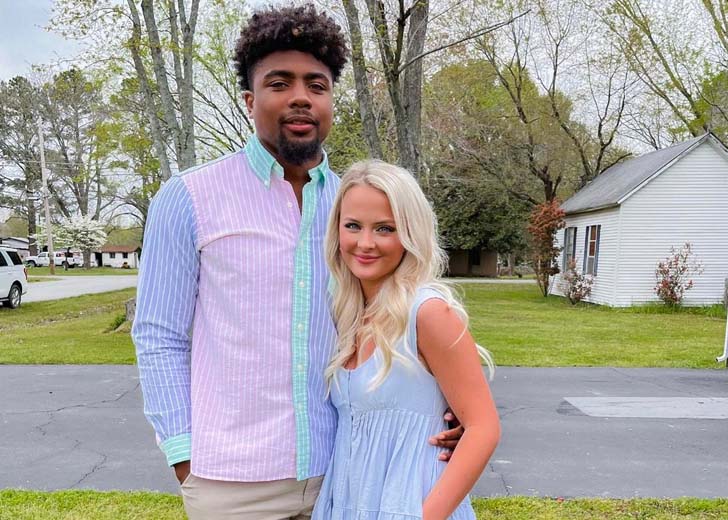 Treylon Burks and Shelby Pearlman are each other’s “forever.”

Treylon Burks is an American football wide receiver for the National Football League’s Tennessee Titans. He attended Arkansas and was drafted by the Titans in the first round of the 2022 NFL Draft.

Burks has an impressive career that is widely acclaimed. But his love life is no less.

Here is everything we know about Burks’s dating life and his current girlfriend.

Burks’s dating history is kind of murky. There is only one known relationship, and that is with his current and long-time girlfriend, Shelby Pearlman.

She attends the same university as Burks, who recently forewent his senior year to declare for the NFL Draft. She rose to prominence after being identified as the wide receiver’s girlfriend.

They frequently post photos of each other on social media, expressing and gushing about how much they love each other. It is evident that they are committed to their relationship.

For instance, on Valentine’s Day, Burks gushed about how much he loved his partner on social media. Similarly, he often thanks God for giving a girl like Pearlman in his life.

They took their love life to the next level in 2022 after Burks proposed to his longtime girlfriend. The athlete went down on one knee on the occasion of New Year.

Treylon Burks proposed to his long-time girlfriend, Shelby Pearlman, after dating her for a decade. (Source: Instagram)

He uploaded the two of his proposal on his Instagram. The first was him on one knee, and the second was the pair standing side by side with Pearlman showing off her engagement ring.

Burks’ captioned the picture as “Starting 2022 off the engaged way💍 #forbetterandforBurks.” The pair have not announced when they will get married or if they are doing any wedding preparations.

After buying their first home, the pair hit another milestone in their relationship in July 2022. Pearlman took to Instagram to announce that the couple had bought their first house in Nashville, Tennessee.

Who is Shelby Pearlman?

There is little to no information about Pearlman on the Internet. Her age is unknown, but she is thought to be the same or slightly younger than Burks.

It is reported that she stands about 5 feet 3 inches tall. Pearlman is still a University of Arkansas student and is on her way to receiving her bachelor’s degree at college.

Pearlman is active on social media platforms, with a large following on TikTok and Instagram. Her TikTok account has over 19,000 followers and 238,000 likes.

She is very active on the platform, and her TikTok videos receive a lot of views and likes.

Her TikTok handle is @shelbypearlmann, as is her Instagram handle.

How Much Is Vinessa Shaw's Net Worth? All About Her Career