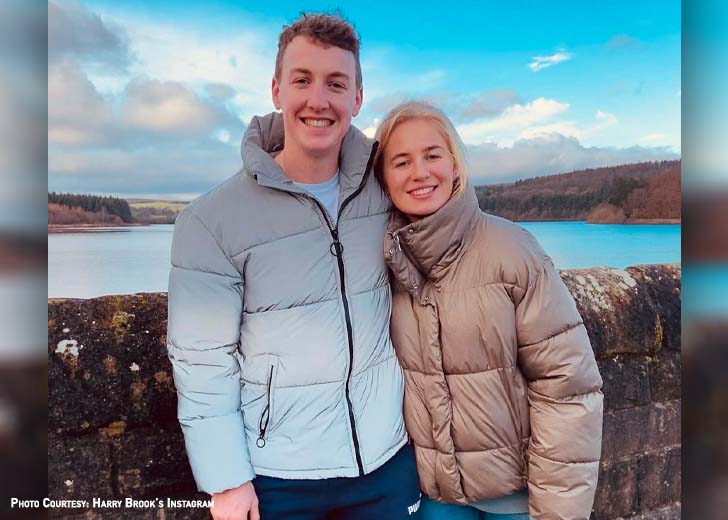 All about Harry Brook’s relationship with Lucy Lyles.

Harry Brook and Lucy Lyles have been dating for about two years as she was first seen on his Instagram account in 2020.

Since then, Lyles has frequently appeared on her boyfriend’s Instagram account, expressing their love for each other.

About two years have passed since Brook and Lyles first started dating. However, because the couple prefers to maintain a low profile, little is known about their relationship, including how they met and their first encounter.

Lyles first appeared on Brook’s Instagram on June 16, 2020. He uploaded a cute selfie with his girlfriend and both of them looked happy.

Again, after two days, on July 18, the athlete posted a picture with Lyles with his around her waist and captioned it, “Very nice food.” The pair went to Santorini Bar and Grill to grab a bite.

Fast forward to October 25, 2021, the duo attended Brook’s friend, Jared Warner’s wedding together to be a part of their new journey.

Brooks used to upload pictures of them together without a caption or with a normal emoji. Still, on August 3, 2022, he shared a picture of Lyles with a caption that included a red heart emoji, confirming their relationship.

Who is Harry Brook? Early life and career explored

The player was born in Keighley but spent most of his childhood in Burley in Wharfedale. On June 26, 2016, he made his debut for Yorkshire against Pakistan A at Headingley.

After a year, on June 19, 2017, Brook made his County Championship debut for Yorkshire against Middlesex.

In December 2017, Brook was named as the captain of England’s squad for the 2018 Under-19 Cricket World Cup.

On July 5, 2018, Brook made his Twenty20 debut for Yorkshire in the 2018 t20 Blast. Northern Superchargers signed him for The Hundred 2021 tournament.

Lahore Qalandars signed him in 2022. The same year he was bought by the Northern Superchargers for The Hundred’s 2022 season.

Keep Reading Glamour Buff for more stories like this!