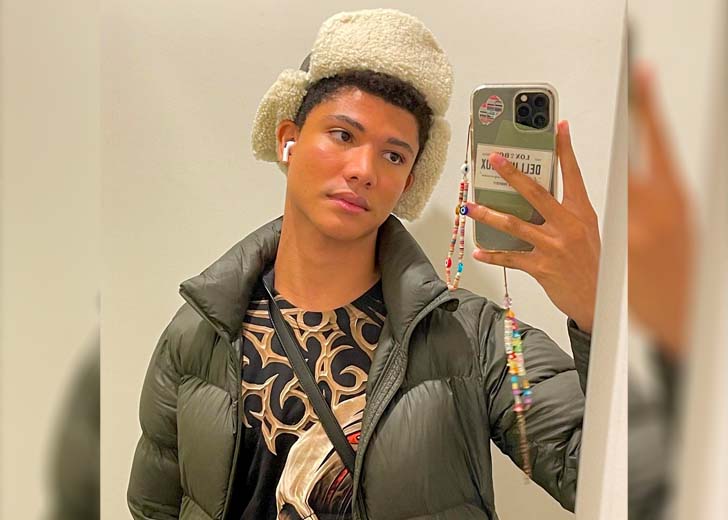 James Majoos has not shared any of his personal information, including his age.

James Majoos is a proficient Australian actor, theatre artist, and entertainer. They are set to appear in the new Australian series Heartbreak High.

The old series Heartbreak High was a popular television show from 1994 to 1999. It was created by Michael Jenkins and Ben Gannon and broadcast on Network Ten and the Australian Broadcasting Corporation.

Netflix recently launched the new show’s trailer. After the official trailer of the show was released, fans worldwide were curious about the show and to meet the favorite queer character played by Majoos.

Majoos, who is non-binary, was “pre-cast” in his role, which means that the character was developed with the actor in mind. They must portray Darren’s complicated internal conflict of self-worth in the role.

They play the character of the new friend, who is described as “super-duper gay,” alongside Chloe Hayden, who plays Quinni, the other new friend who is neuroatypical and completely honest.

The cast of the show appears to be very strong. Hannah Carroll Chapman wrote the new reboot of the 1990s series, which will consist of 8 episodes.

The theatre actor is best known for their role as SaltyPringl in the Broadway play Fangirls. They were also cast as Jamie in the musical drama Everybody’s Talking About Jamie, while touring Australia.

Fangirls, which debuted in 2019, is a play about the dangers of underestimating teenage girls, focusing on main character Edna’s obsession with Harry, the lead singer of the boy band, True Connection.

The production is a collaboration between Belvoir St Theatre and Queensland Theatre in Sydney. Majoos, who played Saltypringl, expressed a desire to reprise their role as an adolescent, according to Frooty.

“Salty’s not just the queer, funny, sassy gay black friend. There are layers of those stereotypes in all the characters, but they slowly and very cleverly get peeled away, and you see the heart of all of these characters,” Majoos shared as they spoke about their character.

The role means more to the actor than simply walking into someone else’s shoes for a few hours each night. The actor demonstrates Salty’s influence beyond the blocking, choreography, and rousing musical numbers.

“Every night, I’d get DMs from a lot of young, queer people saying, ‘thank you so much, I haven’t seen myself represented on the main stage like that,’ Salty helped me realize my sexuality,” Majoos shared.

Majoos, who is private about his personal details, has yet to reveal their birth date and birthplace. Because of that, their age is unknown. However, by their looks, they appears to be in their 20s.

Similarly, there is no information about their childhood, adult life, parents, or family members, and they apparently keeps them away from the limelight. It is only known that the actor is of African-Australian heritage.

They have also posted pictures that appear to be with their father on Instagram.

It’s not known if they have a girlfriend or boyfriend, as they keep their relationship status private.

The only thing well-known about Majoos is that they are openly gay [non-binary] and voice their stories and advocates for their rights.

In addition to being an actor, they are a singer. They began their career by performing in theater plays. During the intervals of the play Fangirls, they used to entertain the audience by dressing up as a girl.