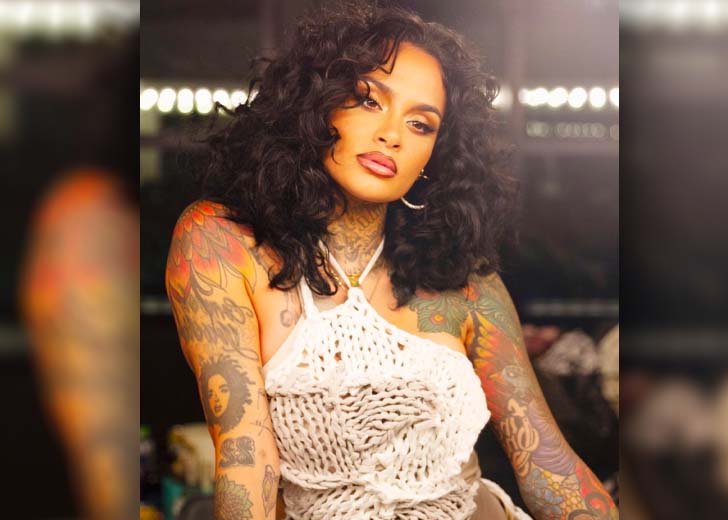 Kehlani regrets being made to feel self-conscious about their appearance.

R&B singer Kehlani has spoken about getting breast implants, and the singer is now sharing the circumstances that led to their decision.

Kehlani is changing how people perceive the term “beauty.”

In a 2021 interview with Byrdie, the singer discussed their self-love journey as well as the physical and psychological changes that came with being in the public eye, including getting breast implants five years ago and ultimately having them removed.

Kehlani got breast implants about five years ago after they struggled with body shamming. While the songwriter has always benefited from having fair skin and a small frame, beauty standards are unyielding. The singer was a victim of them from the moment they entered the spotlight.

Similarly, they were frequently accused of not looking put together enough. The singer got breast implants because the pressure became too much at one point.

However, after the implants, they experienced constant fatigue, joint pain, and new allergies. After seeing a doctor, they were informed that they might have breast implant illness, an autoimmune condition affecting women who had silicone breast implants.

After dealing with the side effects for a long time, they decided to have removed the implant. The singer realized that being a tomboy and having these implants was not for them.

Likewise, Kehlani supports people doing whatever they want with their bodies, but at the end of the day, they enjoy being closer to their natural state.

Kehlani regrets being made to feel bad about themselves the most. They said, “I allowed the outside world to bully me into thinking I needed this.”

“When every bone in your body is under consideration, this is the dark side of reflection. It can be challenging to distinguish between your true feelings and how the outside world perceives you,” they added.

So, these days, Kehlani feels more beautiful and healthy than they have in a long time and has learned not to take one natural body for granted. The singer also stated that it was all about self-care, which was when one felt good.

Kehlani responded about getting plastic surgery

The R&B singer often shares stunning selfies of them grinning and dressed to impress on Instagram. However, haters quickly assume the singer doesn’t look the same, claiming they had facial surgery.

Kehlani has never been one who stays quiet. Hence, they took to Twitter last year to slam the negativity and accusations of them getting plastic surgery. The singer first denied getting facial surgery and was not planning on it.

They continued saying that they looked different because they were healthy.

Moreover, the singer stated that their stress levels were reduced as they were not well rested on tour. Kehalani also removed all the piercings and paid attention to skin care.

Following the response, many fans showed some love towards them. One person commented that they were proud of the singer.

Likewise, one user stated, “Let me know, when you are healthy from inside and out, it shift and changes you, literally. Stay the course sis, self-care is the best care.”