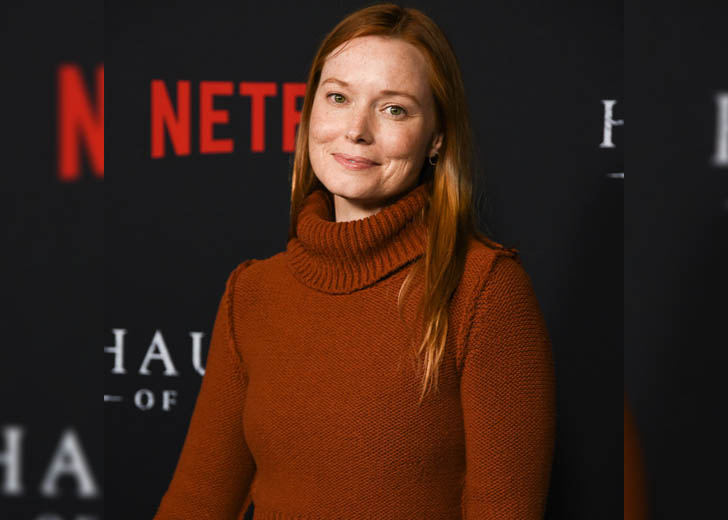 Most recently, she was seen in the Netflix series titled Midnight Mass, where she portrayed the role of Bev Keane. The show premiered on September 24, 2021.

Due to her rise to fame, people from around the world have been keen to learn more information about her. While most of her professional and family details are on the internet, it is her personal life details that are quite hard to find.

Is Samantha Sloyan Married or Dating?

As per reports from different online outlets, it has been confirmed that the Los Angeles County native is currently not married and doesn’t have a husband.

Coming to her present relationship status and if she has a boyfriend or not, the information on that is currently not available. It is because Sloyan prefers to keep her personal life affairs up to herself only.

Another main reason behind it is her zero social media presence. The Miss Virginia star doesn’t use any social media platform, due to which it’s hard to get a hint on whom she might be possibly dating.

As a result of all that, the present relationship status of Samantha Sloyan remains unknown. And, if she is dating someone, then it will only be known to the public when she announces it.

Rumors of Sloyan Being Gay

Due to the chemistry between the two’s characters and how Sloyan portrayed her role, many began to assume that she was lesbian/gay in real life, too. As the show progressed, the rumors also began to spread.

So, are the rumors true and is Sloyan gay? Well, to be precise, the speculations seem to be false and currently, there are no reports of the American actress being lesbian/gay.

A Brief Look Into Sloyan’s Career

Sloyan made her acting debut in 2003 through a short video titled My Life with Morrissey. Following her debut, she took a break for a while and when she returned, she began playing small/cameo roles.

From 2009 to 2018, she appeared in movies and TV shows such as Autodoc, In the Key of Eli, Parks and Recreation, Scandal, Losing in Love, Grey’s Anatomy, Cat Killer, The Good Doctor, and The Haunting of Hill House.

Some of her acting gigs after 2018 are Proven Innocent, SEAL Team, Miss Virginia, Helstrom, and Midnight Mass. Currently, she has one upcoming TV show titled The Midnight Club, which is in the post-production stage.