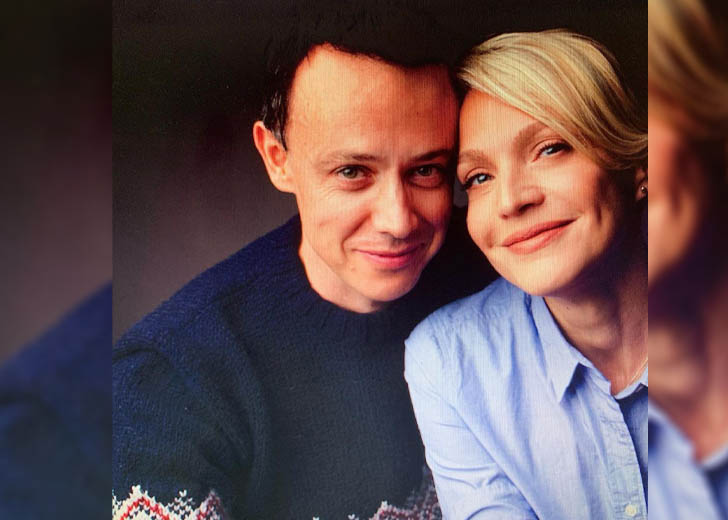 Two of her most recent appearances are 2018’s Altered Carbon (as Miriam Bancroft) and 2021’s Midnight Mass (as Annie Flynn). Since her debut in 1995, she has been making her way up to the top.

With 66 acting credits, she has made quite a successful career in the entertainment industry. Other than her flourishing acting career, the other successful thing in her life is her personal life, which she relishes with her long-time husband, Adam Reid.

The two fellow Canadians; Lehman and Reid have now been married for over one and a half decades.

Though they didn’t click immediately, they soon connected again and began going out. Slowly and eventually, their togetherness blossomed and they began dating each other — currently, it isn’t disclosed when they began to date.

As their relationship went on, their bond got further strengthened and they took the decision to take another step. On May 19, 2006, Lehman and Reid walked down the aisle and shared the wedding vows in front of friends and family.

Like in the past, their togetherness continued following their marriage too. Reid’s love for his wife can be seen through his Instagram handle where he occasionally shares pictures of/alongside his partner and adds lovely captions.

In 2019, the couple celebrated their 13th marriage anniversary. On that day, Reid took to his Instagram handle to share a picture alongside his spouse and captioned it as “13 years married to this amazing human.”

One of the recent pictures of the couple was seen on Reid’s Instagram post of September 25, 2021. To this date, the husband-wife duo remains together happily.

Lehman and Reid Are Parents of One

Around four years after getting married, in 2010, the married couple welcomed a baby boy whom they named Sammy aka Sam.

Currently, there is not much information available on the duo’s kid as they have kept it private. Nonetheless, after going through Reid’s Instagram handle, it can be known that Lehman and Reid have a close bond with their son.

Who Is Kristin Lehman’s Husband?

Lehman’s husband, Adam Reid, is a Canadian actor, writer, and director who has over 65 acting credits to his IMDb profile.

Born in 1973 as Adam Greydon Reid, he hails from the suburbs of Ottawa, Ontario, Canada. He celebrates his birthday on the 28th of April every year, making him 48 years of age. Additionally, he stands at a height of 5 feet 10 inches (1.78 meters).