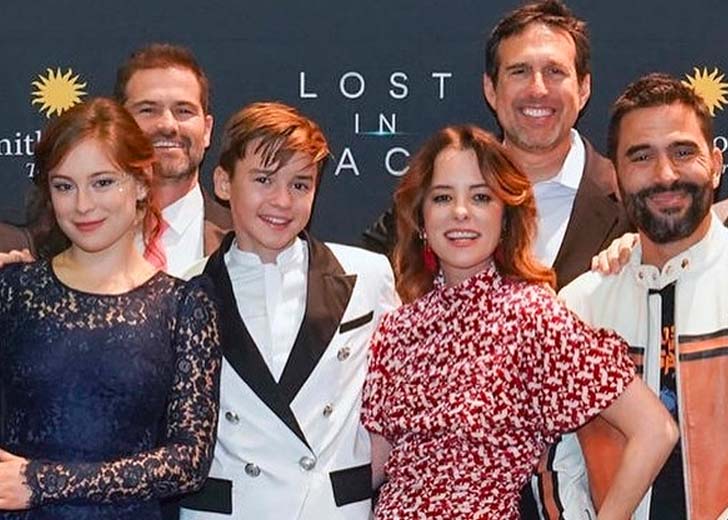 Zack Estrin’s death on September 23, 2022, has left a hole in the lives of many within and outside the entertainment industry.

One of the many people affected by his death is Mina Sundwall, with whom Estrin worked closely while serving as the showrunner for the Netflix series Lost in Space — the third and final season aired on December 1, 2021.

So, when Sundwall heard of Estrin’s death, she took the time to process the shocking news. And now, she has finally paid her tribute to the talented writer-producer.

On Friday, September 30, she took to her Instagram handle to post a throwback selfie of herself with Estrin. Along with the memorable picture was a heartfelt caption, where the actress poured her heart. She started by writing, “It is with a heavy heart that I write this.”

Sundwall stated that it’s impossible to explain her feelings as there are no words and “no tribute could match the effect” Estrin had. “He was caring. Hilarious. Kind. Honest. Brilliant. The world needs more Zack Estrins,” she added.

“I could never phrase this as eloquently as he could. That’s the first lesson you learn: that he could tell a damn good story.”

Following that, she wrote lesson number two, which was that being around Estrin makes a person want to be a better person and to soak up every chance the world gives. “To care about people around you a little extra. To find joy in making them happy.”

Sundwall continued, “To lead with grace. To, much like in this photo, find the humor in any ordinary moment. The third lesson is that it is never, for better or for worse, an inappropriate time to make a poop joke.”

The 20-year-old New Yorker then mentioned that Estrin’s love and devotion to his family could melt a person’s heart. “The lights of his life. His daughters, who take after him in all the best ways, made him prouder than anything else. He was their number one fan.”

“I am one of the many who will miss him tremendously. The fearless leader who never left you short of a smile on your face. The mentor who led by example and taught me more than I could quantify,” she approached the end of her caption.

And Sundwall concluded her heartfelt caption by thanking Estrin for everything he did for her and everyone else.

On September 25, 2022, Deadline announced the death of Estrin, which occurred two days ago, on September 23, 2022. Estrin’s cause of death is reported as a suspected cardiac arrest, shocking as the producer was supposed to be in good health.

The outlet also mentioned that the unfortunate incident happened at Hermosa Beach, where he was jogging on the beach before collapsing and having a cardiac arrest. For now, his exact cause of death remains unknown until the autopsy report comes.

“He loved being a writer/producer and being a part of creating these shows that people enjoyed. But above all, he loved his family and friends. Thank you all for being a part of his life and ours,” the statement concluded.