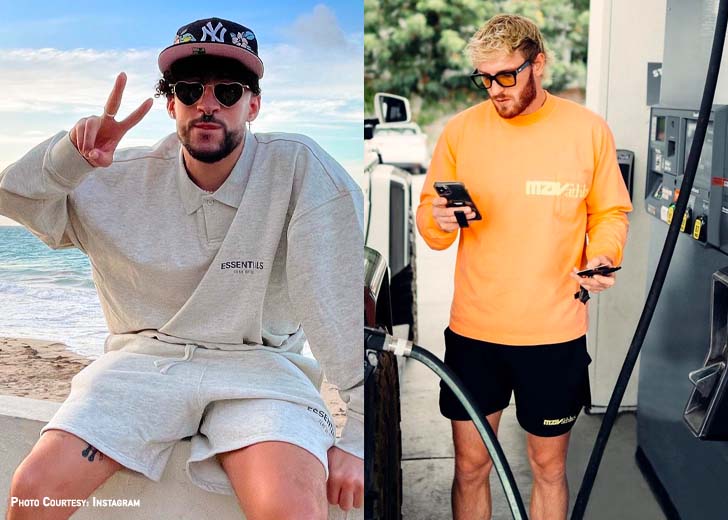 Paul is yet to comment on this call out by Bunny.

Bad Bunny has called out Logan Paul in his new documentary titled ‘Aquí Vive Gente’ or ‘People Live Here,’ a part of his music video ‘El Apagón’ or ‘The Blackout.’

However, the YouTuber isn’t the only one that the Puerto Rican rapper has called out, as Bunny has taken a dig at every people that have shifted or purchased real estate in Puerto Rico, taking the fruitfulness of Act 22.

Returning to the topic of Bunny and Paul, Paul announced that he was leaving California and moving to Puerto Rico on episode 257 of the Impaulsive podcast, released on February 17, 2021.

At that time, the WWE superstar was reported to have sold his California house to reside in Puerto Rico, where there are gorgeous beaches, and he would have to pay comparatively low taxes. And the second reason was one of the critical factors for Paul’s move to Puerto Rico.

In the podcast, he said, “I feel like people are wondering, ‘Why Puerto Rico,’ right? Like how random.” And one of his co-hosts immediately answered, “Taxes,” to which Paul said, “It’s one. It’s vertical. It’s a big one.”

Now, let’s move on to how Bunny outed Paul and others willing to move to Puerto Rico due to low taxes. The 11th minute of the video opened with a CBS News reporter talking about Puerto Rico becoming a popular place for wealthy investors to move due to tax benefits.

The video then cuts to two other reporters from CNBC, where one mentioned Act 22 and the other said about the island becoming a tax haven for wealthy investors.

After that, an independent reporter, Bianca Graulau, explains what Act 22 is. She said, “There’s a law in Puerto Rico that allows foreigners to avoid paying certain taxes when they move here.”

“It’s called Act 22, which is now a part of Act 60. With this law, when someone moves to Puerto Rico, they don’t pay any capital gains taxes on things such as stocks, cryptocurrency, or real estate,” she added.

Act 22 is also called The Individual Investors Act or The Act to Promote the Relocation of Investors to Puerto Rico.

Finally, the clip of Paul saying, “I’m moving to Puerto Rico,” from his Impaulsive podcast is played, followed by one more clip where a man says, “It’s like the only place you can live with zero percent capital gains.”

More features of many people talking about the same benefits of living on the island, wealthy investors acquiring real estate at low prices, especially after Hurricane Maria, a controversial contract with Luma Energy, and constant blackouts were shown in the former and latter parts of the video.

And as mentioned earlier, this documentary is a part of Bunny’s music video; he has included bits of the music video at the start and middle of the video. But, even the music is related to the same topic or issues faced by the Puerto Rican natives.

That said, Paul is yet to comment on this call out by Bunny on his documentary/music video, which was released on September 16, 2022.

Paul currently has a busy schedule with him scheduled to headline WWE Crown Jewel on Saturday, November 5, 2022, in a match against Roman Reigns for the undisputed WWE Universal Championship. The pay-per-view event will take place in Riyadh, Saudi Arabia.

As for Bunny, this isn’t the first time he has publicly talked about his birthplace. For instance, when he made his television debut in September 2018 on The Tonight Show Starring Jimmy Fallon, he took a moment to talk about Puerto Rico still healing from Hurricane Maria.