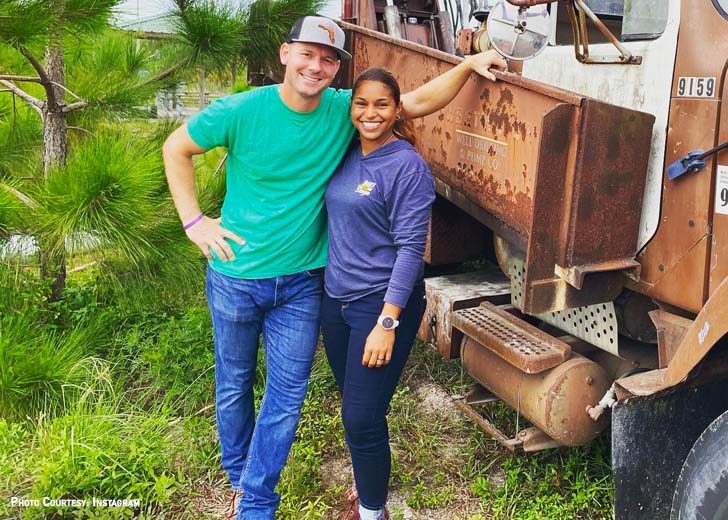 On October 10, 2022, Mika and her husband commemorated their seventh wedding anniversary. On that special day, the Tampa realtor took to her Instagram to share numerous photos of her alongside Brian.

A brief message that summed up their connection was included with the photographs. Mika wrote, “Happy Anniversary @mrbreakinground. Life has been the most fulfilling adventure with you by my side.”

She further expressed that Brain has been a wonderful husband, father, and life partner, always putting his family first. She was also very thankful for her husband’s love and energy in their life.

Similarly, Brian also posted a lovely black and white image with his wife from their wedding day alongside a sweet message that read, “Happy Anniversary to my everything,” with red heart emojis.

In both the pair’s posts, their dear and near ones as well as their followers, showed their love and support towards them in the comment section.

Pager Turner, a fellow real estate broker, commented, “Happpppppy Anniversary Mika & @mrbreakinground!!! 7 down & forever to go!! So happy for you both!!”

Mika and Brian met when they were both teenagers attending Florida’s Riverview High School. Their paths initially intersected in 1999 when Brian was unintentionally assigned to the girl’s singing class.

Although Brian, too, fell in love with Mika immediately away, he was reluctant to admit it. Because he lacked the confidence to approach her, he requested his friend to ask his crush out on a date for him.

Sadly, Mika declined Brian at that point. Years after graduating, the two avoided making contact. They continued to date and eventually got back together but later separated.

Due to fate, the former high school friends reconnected in 2011 after a decade apart. Brian dared to confess to her at last, and this time she gave him a “Yes.”

Mika agreed, and the couple started dating. They enjoyed having each other by their sides. After four years of dating, Brian and Mika began their adventure as husband and wife.

In October 2015, the pair exchanged vows in a low-key wedding ceremony in Sedona. Although they had been happily married for over a decade, they had never had a child together.

On the other hand, Mika is the proud mother of Jade, a beautiful girl she welcomed from her former union and whose identity is not yet revealed.

Although Jade is not the biological daughter, Brian loves and cares for Jade as his own, and together with Mika, they raise Jade.

In the past, Brian was married to former Miss America 2004, Erica Dunlap, in 2007. She was the first African American woman to win Miss Florida’s title during her undergraduate years.

Dunlap and Brain remained friends for several years before they started going out together and eventually married.

However, the charming couple split for unknown reasons. They finalized their divorce in 2011.