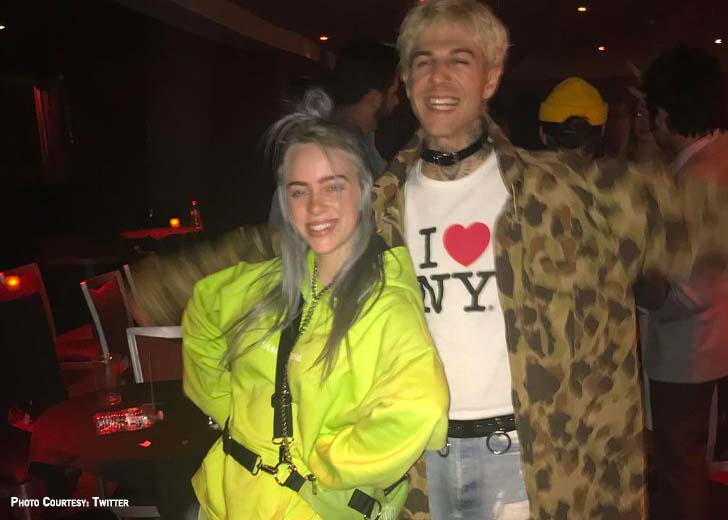 Billie Eilish and Jesse Rutherford have been hanging out lately.

Billie Eilish is pretty private when it comes to her love life. She rarely talks about it and shares it on her social media.

In fact, she rarely dives into dating and boyfriends during interviews as well. Regardless, she has been linked to a couple of men, two of whom have been proven to be her boyfriend.

The speculation of men being romantically involved with her rises after she is photographed with them. As soon as the ‘Happier Than Ever’ singer is seen with a man, fans think the guy is her boyfriend.

Billie with Jesse Rutherford, @dylanminnette and @finneas at the premiere of ‘I Love My Dad’ in Los Angeles, California last night! 🤍 pic.twitter.com/PAcLcAzYeM

Recently, the singer has been photographed and pictured hanging out with the lead singer of Neighbourhood, Jesse Rutherford. As a result, people are now thinking the pair are dating.

Recently, Eilish has been photographed with Rutherford quite often. This has led many to believe that the pair are dating, despite their 11-year-old age difference.

Deuxmoi, an Instagram news/gossip page, also addressed the rumors. They were asked if the ‘Bad Guy’ singer was dating anyone.

Deuxmoi responded by saying they received anonymous messages about Eilish hanging out with Rutherford. But soon after, they posted another story that told otherwise.

It claimed that Rutherford and Eilish had been friends for years and were not dating. This has led to another presumption that the pair might collaborate on a song.

Regardless, neither Rutherford nor Eilish have addressed the rumors.

Eilish’s first known boyfriend was rapper Brandon Quentin Adams, aka Q. Unfortunately, after less than a year together, Eilish and Q called it quits.

It is unknown how they met, but it is reported that they began dating at the end of 2018. She even appeared on the cover of the rapper’s album, Bleaupro.

In her documentary, The World’s A Little Blurry, Eilish gave fans a rare glimpse into her love life. The singer opened up about her private relationship with the rapper, revealing why they split up after dating for less than a year.

“I just wasn’t happy,” she said in her Apple TV documentary. “I didn’t want the same things he wanted, and I don’t think that’s fair for him.”

She continued, “I don’t think you should be in a relationship super excited about things that the other person couldn’t care less about.”

Matthew Tyler Vorce was Eilish’s second known boyfriend. At first, in April 2021, there were rumors of the pair dating.

It’s unclear how long Billie and Matthew have been dating, and neither of their representatives has commented on the matter. But in May 2022, it was reported that Eilish and Vorce had ended their relationship.

Vorce confirmed that he and the ‘Happier Than Ever’ singer had split up in a Monday Instagram Story while addressing rumors that he had cheated.

He confessed that the relationship had failed, and he had not cheated. He wrote, “Nobody cheated on anyone. Relationships end. Simple as that. Creating rumors and LYING on the internet is dangerous.”

Vorce addressed the backlash he received from Eilish’s fans in his comments in a different Story, writing, “The fact that thousands of people take time out of their day to write the most heinous things on someone they will never know post is the most cowardly thing you can possibly do. Live your own life.”

Neither Eilish’s representative nor her have responded to the split.

Vorce is also involved in the entertainment industry and has done voice and theater work since 2013. He has appeared in several films, including Mother, May I Sleep With Danger?, Little Monsters, and Dark Hours: Typee.

During the coronavirus pandemic, he co-hosted a horror fiction podcast. According to his Backstage.com page, he also has skills in screenwriting, football, drumming, dance, snowboarding, ice hockey, and soccer.

Posted on November 6, 2022November 6, 2022
Francia Raisa commented "interesting" when Selena Gomez claimed that Taylor Swift is the only friend she has in the industry.
Read More