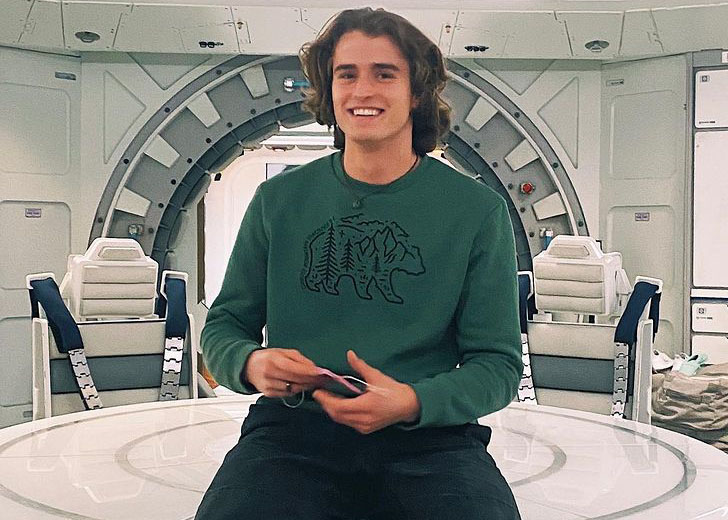 The third and final season of Netflix’s hit series, Lost in Space, premiered this Wednesday, December 1, 2021.

In this epic conclusion, fans of the show noticed many familiar as well as some new faces. One of those new faces was the character of Liam Tufeld played by Charles Vandervaart.

Vandervaart is a talented Canadian actor who has garnered the limelight thanks to his performance in movies and TV shows. He has played recurring roles in TV shows like The Stanley Dynamic, October Faction, and Holly Hobbie.

Here is what you need to know about his role in Lost in Space and more about him!

Speaking more about his character in his interview with Vanity Teen, the actor said that Liam is a laid-back and positive guy. He continued, “I like to think he spent some time in Malibu before taking off to outer space.”

“But the colony’s situation is dire, so it’s not easy to be laid back when lives are at stake. He’s lucky the Robinsons are on his side!” he concluded his statement.

Coming back to Vandervaart and Sundwall’s character’s on-screen love, the pair even shared a kiss in one of the episodes of the third season. A still of the kissing scene was later posted by the official Instagram handle of Lost in Space, with a still of Penny’s former lover, Vijay Dhar, added into it.

“Discuss,” was added as the caption in the post. As the caption told, viewers of the show did the same. Whilst many had their own opinions, Sundwall just had one word to say, “oops?”

Charles Vandervaart Is 21 Years of Age

Vandervaart, who stands at a height of 6 feet, is currently 21-year-old. He recently celebrated his birthday on this year’s September 9th.

He was born in the year 2000 and raised in Toronto, Ontario, Canada. As per his date of birth, his zodiac sign is Virgo.

As for his academics, he was enrolled in a French immersion school program. Due to that, he fluently speaks the French language.

His Parents Took Him Closer to Movies and TV Shows

Vandervaart always wanted to become an actor since his childhood. And, he first became interested in acting after his parents took him to see a play in his hometown. At that time, he was only six years of age.

As the actor told Vanity Teen, most of the kids of his age got bored seeing that play and were jumping all over the place, however, he was very interested in it. “But my eyes were glued to the stage,” he said.

After seeing that play, he felt really moved. Later on, he asked his parents if he could audition for a play at his hometown theatre, for which they agreed. Initially, he only started acting as an extra-curricular.

But, as he got older, the acting just stuck and he decided to pursue it as a full-time thing. “I feel very lucky that I get to make a career out of a passion of mine,” the actor added.

Vandervaart made his acting debut in 2010 through the TV movie At Risk. He continued playing smaller roles for some more years until he got his big break in 2013, playing the role of Constable John Brackenreid in the show Murdoch Mysteries (2013-2021).

The present relationship status of the actor is unknown. Vandervaart prefers to keep his dating life away from his limelight and hasn’t shed many details into it.

As a result, it seems fair to assume that he is single, until anything about his relationship comes out.

While his current love life remains unknown, it seems like he was dating someone in the past. The Lost in Space star was rumored to be dating his Every Day co-star Angourie Rice.

The speculations of them began after the two co-starred in that 2018 movie. The rumored couple used to share several pictures alongside each other via their Instagram handles.

For instance, on June 30, 2018, the actor had shared a selfie alongside the Australian actress with a caption that read, “Thank you for making prom the most amazing night I could have ever imagined. I’ll miss you!!”

On another occasion, August 24, 2018, he had posted a series of pictures with Rice from their visit to London. In the caption, he had mentioned that it was his last day in London and he had a great time meeting Rice and her family members.

However, after late 2019, the two stopped featuring each other on their social media handles, which led people to believe that they had parted ways. Nonetheless, nothing could be said as neither of them confirmed or denied their relationship.

Even though nothing was confirmed back then, Rice’s May 2021 interview with Elle gave a hint that they were dating for real. In it, the Spider-Man actress stated that she has spent six years playing the role of Betty Brant in the Marvel Cinematic Universe [in Spider-man movies].

But, other than that, she didn’t dive deep into the details of who her partner was.