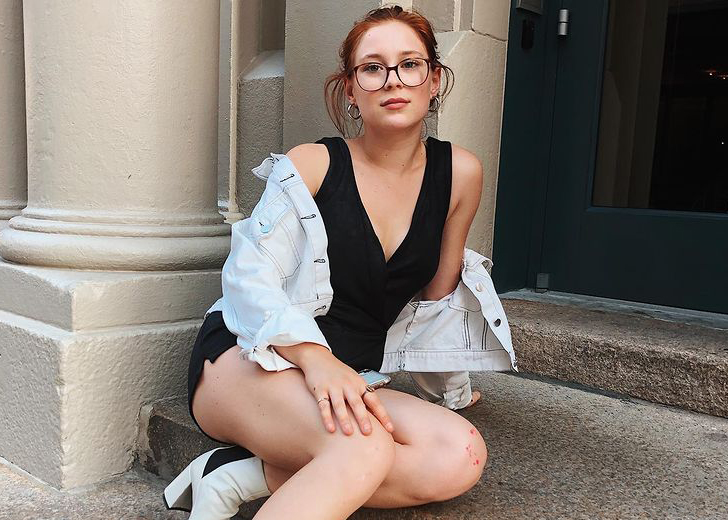 Mina Sundwall is an American actress who is known for portraying the role of Penny Robinson in the Netflix series Lost in Space (2018-21). The show is a remake of the 1965 series of the same name.

Who Is Mina Sundwall Dating?

The Lost in Space star’s personal life is currently under the wraps, and she prefers to keep it like that. To date, she has not revealed anything about who she is/was dating.

Additionally, her social media gallery also doesn’t give any hint on who her boyfriend might be. She has only posted pictures of herself, her family, and her profession on her social media handles.

As a result, Sundwall’s present relationship status remains unknown. On the other hand, it might also be possible that she is single for real and relishing her singlehood days. Furthermore, as she is only 19-year-old, her focus might be on her career only.

Although the actress might be single now, a few speculations around her dating life have linked her to some men.

One of the rumors was that she was dating her Lost in Space co-star Ajay Friese. The speculations began after the two started sharing pictures alongside each other via their respective social media handles.

The two seemed very close in those pictures, which might have led people to guess that they were dating. However, neither of them has confirmed their togetherness, and the rumors have stayed as rumors.

But, much like last time, neither Sundwall nor Serricchio have confirmed or denied their relationship, leading the gossips of their togetherness to remain the same. It might be possible that they are only close friends who work on the same show.

Hailing from the suburbs of New York City, Sundwall was born in 2001. She celebrates her birthday on the 23rd of October every year, making her 19 years of age.

As per her date of birth, her zodiac sign is Scorpio. She stands at an average height of 5 feet 6 inches or 1.68 meters.

As for her education, she completed her high school in June 2019 at the United Nations International School. Additionally, she is an alumna of The Lee Strasberg Theatre & Film Institute.

Furthermore, Sundwall previously lived in France and Spain before moving to New York to focus on her study and career as an actress. She is multi-lingual and can speak English, Spanish, French, and Swedish.