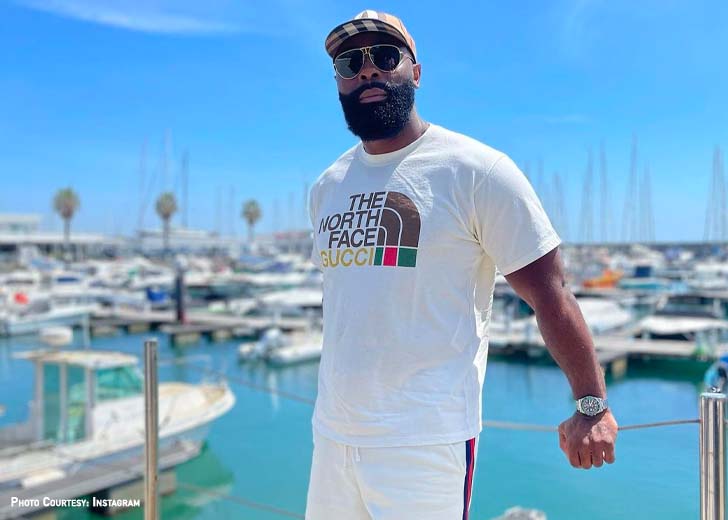 Kaaris was detained for questioning after being suspected of punching and kicking his ex-girlfriend Linda P.

According to authorities, the French rapper Kaaris was accused of beating and kicking his former lover Linda P.

Kaaris’ lawyer insisted that he was innocent; however, Linda’s attorney claimed that she had been a victim of domestic abuse.

On September 28, Kaaris was held in custody on suspicion of domestic assault. According to the prosecution, he punched and kicked his former girlfriend.

Upon being called, Kaaris turned himself into Saint-Genevieve-des-Bois. Adrien Gabeaud, attorney for the accuser Linda, stated that he and Linda would be interrogated later for legal purposes.

In July, Linda complained about the artist, and Olivier responded that the charge was untrue. The pair share a child.

Kaaris’s attorney, Yassine Maharsi, asserted his client’s innocence, but Gabeaud said his client had been a victim of domestic abuse since last year. Linda noted that Kaaris started acting aloof and violent, upsetting their child.

When Linda went to find the rapper after learning he had moved to a new house, he hit and kicked her. In the alleged incident, he broke her fingernails as well.

Linda had to use crutches for two weeks and keep her leg in a splint. She even spoke to a lady who was with Kaaris but refused to help.

The Cocody native refuted her statements and said that she fabricated the violent incident. He claimed that she tried to pressure him through the media, financial, and legal systems.

In recent years, his conflict with his old mentor Booba has gained attention, particularly after their 2018 altercation in a Paris airport, which resulted in both men receiving sentences of suspended jail time.

Who is Kaaris? Early life explored

Kaaris is a well-known rapper, record producer, composer, and actor. He gained notoriety mainly after releasing his album Or Noir in October 2013 via Therapy Music, AZ, and Universal Music.

In 1999, Kaaris became interested in rapping, and his first mixtape was released in 2001. After a brief return to Ivory Coast due to political upheaval, he eventually returned to France.

Following the publication of his street album 43eme Bima in 2007, he was signed to the indie label French Cut Music.

After meeting French rapper Booba, Kaaris had his first chance to work with him on a song called ‘Criminelle League.’ Booba’s mixtape, ‘Autopsie Vol. 4,’ which was released in November 2011, featured the duet.

His newest album is SVR, the first joint album with rapper Kalash Criminel. The album contains 15 duet tracks and a solo track for each artist.

The rapper was born on January 30, 1980, in Cocody, Ivory Coast. Unfortunately, his father died two months after his birth, and his mother and her seven children departed for France in 1983.

They relocated to Paris in a maid’s room next to the Duroc subway. When he was six years old, his family moved to Taverny in Val-d’Oise. Later, they settled in Sevran in the Rougemont neighborhood in 1988.