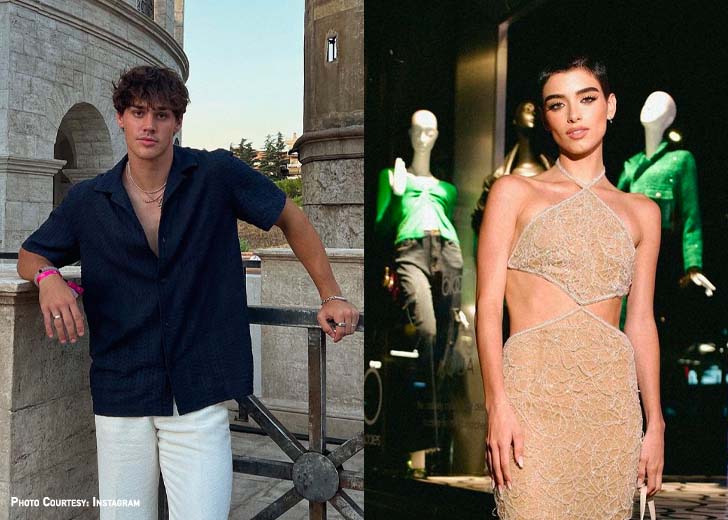 “We have so much more fun by not posting,” Dixie told People Magazine.

Things between Dixie D’Amelio and her boyfriend Noah Beck have improved since their brief breakup late last year.

Yes, that’s right! The longtime couple had briefly parted ways before reconciling their togetherness. Decider’s review of The D’Amelio Show season 2 episode 2, aired on Hulu on September 28, 2022, confirmed the news.

The review read, “This season’s premiere is a two-parter. During part two, one of the b-stories shows her and Charli attempting to decompress a little with friends and fellow content creators, including Dixie’s boyfriend Noah, as they discuss the struggles of living so publicly.”

“And at the end of part two, Dixie announces that she and Noah are broken up,” the review continued.

As for what exactly happened, D’Amelio had something to say about Beck to her parents, Heidi and Marc D’Amelio. She said, “Noah — I don’t know what’s going on with that. I feel like I’m very stressed out about the whole situation.”

“We’re not really talking right now. We’ve come to that conclusion that we just shouldn’t talk for a little bit, but we’re broken up,” she added.

A collage picture of Dixie D’Amelio and Noah Beck, and Decider’s review of The D’Amelio Show (Photo: Instagram)

However, the relationship between the love birds has changed as they hang out together again, assuring their fans that they are dating again.

Besides, D’Amelio recently even reassured her well-wishers that things are now different between her and Beck, and they are “so much happier” after making things private about their relationship.

In her interview with People Magazine, published on September 22, 2022, she said, “We have so much more fun by not posting. People don’t need to know what’s going on, and they have no right to know. It’s not like we have a relationship account that they’re following. They’re following us as people.”

After that, Beck added, “This isn’t something that other 20-year-olds have to go through. They’re not in the public eye, like we are.”

Similarly, during her recent appearance on the Zach Sang Show, which premiered on September 9, 2022, the social media megastar talked about many things, including taking her relationship with Beck offline.

D’Amelio first talked about how she was bothered by netizens asking about her boyfriend at the time of her birthday weekend — Beck wasn’t in attendance as he was moving and had other work to do.

“That’s why we don’t have a public online relationship for those reasons, so when we’re not seen together, it’s like, ‘calm down. It’s okay,’” she said before stressing that taking her relationship offline hasn’t been effective, and people still speculate things.

Following that, she talked about season two of her family show, The D’Amelio Show. She said they started filming in December 2021, took a little break, and then finished filming around June or July 2022.

“I don’t know if I could say that. So, it’s a lot of different things, and it’s from a long time ago. So, people need to remember that. It’s not current. So, don’t yell at me. I’m not bringing up old stuff,” D’Amelio added.

In August 2022, she denied it when she was asked if there were any trouble between her and her partner. D’Amelio also said that she and Beck had decided to take their relationship offline as she felt social media “causes a lot of drama, no matter what we do.”

And when she was at the 2022 VMAs on August 28, she told People, “As we’ve said like a million times, we’ve decided to take our relationship off social media.” She stated that the decision was “better for our mental health.”

Considering all that, it seems like the renowned internet couple is doing well. On the other hand, fans of the two await to see what D’Amelio and Beck have to say in the wake of this burning news that has caught the attention of thousands.

New episodes of The D’Amelio Show airs every week only on Hulu.