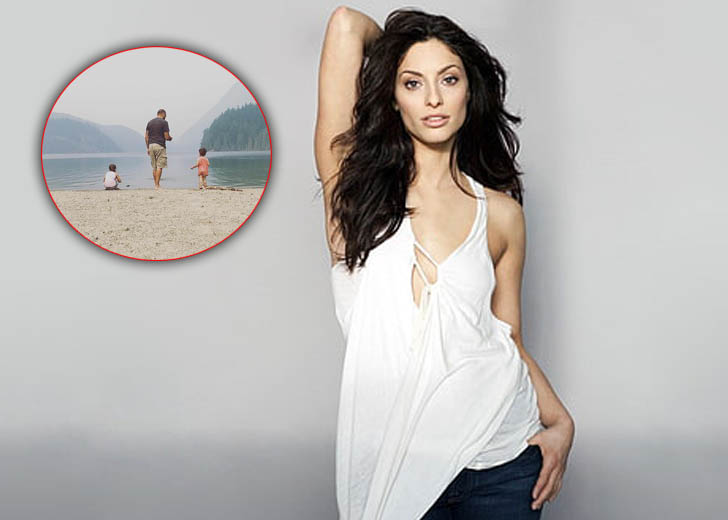 Erica Cerra is a talented Canadian actress who is primarily known for her portrayal of Jo Lupo in the TV series titled A Town Called Eureka (2006-12). She has also earned fame for her role as A.L.I.E. / Dr. Becca Franco in the show The 100 (2015-20).

The actress has been relishing a great acting career, which she dreamt of having ever since her eighth birthday. However, it is not the one and only thing of her life that is successful, as she also has a blissful marital life.

Who Is Erica Cerra Married To?

The 5 feet 5¾ inches tall actress has been in a marital relationship with her long-time husband named Raffaele Fiore. They have been together, as a married couple, for over a decade.

Cerra and her husband reportedly first met each other during their teenage years. They attended the same high school and had a friendly bond at the start. Later, their friendship turned into a relationship as they began to date.

Years passed but the bond they created never faded away. They always stayed together, supported each other during their highs and lows, and cherished each other’s successful moments.

Finally, at the age of 31, Cerra’s dating relationship with Fiore was going to change into a marital one. On November 18, 2010, the high school heartthrobs shared the wedding vows with family and friends witnessing the ceremony.

After the wedding, too, their bond remained the same and their togetherness got further strengthened.

Even though her personal life is quite known among the media, the Canadian actress likes privacy and hasn’t shed much light on the details of her husband. Additionally, she hasn’t shared many pictures alongside her spouse on her social media handles.

Nonetheless, she has occasionally mentioned her partner on her Instagram captions and appreciated him through it.

For instance, on Father’s Day, June 21, 2020, she shared some pictures – one of her alongside her father and another of her children with her husband – and wrote a lovely caption, where she appreciated her father and her husband.

Going by that, it looks like Cerra and her partner have developed such an unbreakable bond filled with love, care, and respect for each other.

Erica Cerra Is a Mother of Two Kids

Not only is the Vancouver, British Columbia native is wonderful at being an actress and a wife, but she is also great at being a mother. In her marital relationship with Fiore, she has been blessed with two kids.

Her first child was born over a year after being married, on May 14, 2012. Cerra and her husband’s first is a daughter, whom they named Talia Serafina Fiore.

After four years of being a mother of one, on August 6, 2016, the actress gave birth to her second child, a son named Michele.

The birth of two children has provided the married couple with a lot of happiness. Cerra usually flaunts pictures of/alongside her kids through her Instagram handle.

What Is Erica Cerra Doing Now?

Cerra is presently looking forward to seeing the response for the third season of The CW series, Nancy Drew. She first made an appearance in the show, as D.A. Jean Rosario, in the 12th episode of the show’s second season.

It looks like she will be reprising her role in the third season as on September 11, 2021, she posted the trailer of the show via her Instagram handle. The third season will premiere on October 8, 2021, with one episode releasing every week.

Her last acting gig before this was also on the same show — in the second season. Before that, she was seen as Connie Rivers in the show titled The Astronauts and as A.L.I.E. / Dr. Becca Franco in The 100.