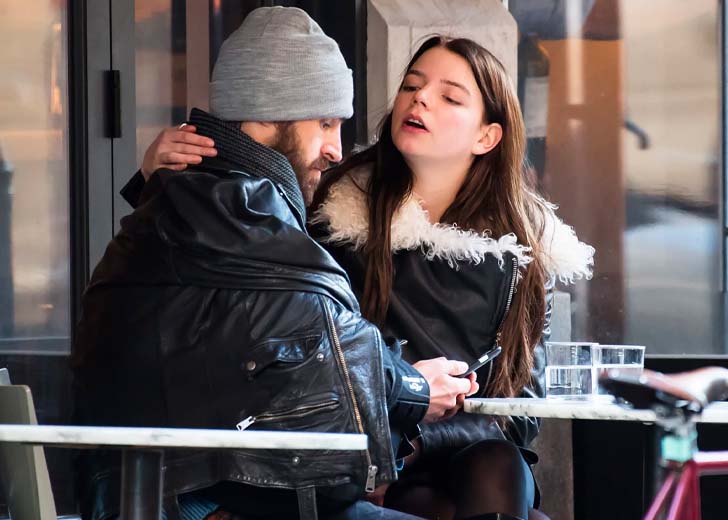 Everything we know about Eoin Macken!

Eoin Macken is an aspiring Irish model, actor, filmmaker, and author. He has acclaimed fame for his roles in numerous movies and TV shows.

Some of the acting projects through which he achieved fame are 2008’s TV Series Fair City (as Gavin Cluxton), 2010-12’s TV Series Merlin (as Sir Gwaine/Gwaine), and 2016’s movie Resident Evil: The Final Chapter (as Doc).

Besides, he has even been nominated for an award at the International Filmmaker Festival of World Cinema for his amazing portrayal of Sean Ennis in the 2015’s short movie Paddy’s in the Boot.

The Dublin native has been in a few relationships till now. His first relationship was with a singer named Una Healy. Their relationship was initiated in 2006, and it lasted for two years. Sadly, in 2008, the boyfriend and girlfriend duo separated due to undisclosed reasons.

Two years after his first relationship ended, in 2010, Macken began dating a fellow actress Kellie Blaise. But, their togetherness did not last long as they parted their ways just a year later, in 2011.

Following that, for a few years, there was no news of the acting seeing someone. But, in 2016, the actor was associated with a British/Argentine actress named Anya Taylor-Joy.

The news of their relationship began when Macken shared a picture of him and her on his Instagram on November 19, 2016.

The reports of their relationship continued as The Queen’s Gambit actress shared a couple-y picture alongside Macken on July 2, 2017. Just a few months later, the rumored boyfriend-girlfriend pair sparked engagement talks after the actress was seen with a noticeable ring on her ring finger at the 61st BFI London Film Festival Awards.

The talks of the two being engaged continued for a while as Taylor-Joy carried on to wear the suspected engagement ring to different events. However, the gossip stopped after April 2018, as she attended the 2018 Met Gala without the ring and continued not to wear it at any places.

As a result of that, people thought the two fellow artists had parted ways.

Since then, the actor has been reported to be living a single life. As a result, the questions about him being married and having a wife can be regarded as nothing but gossip.

The Irish actor/director/writer was just an ordinary man back then. However, he didn’t let his ordinariness back him down and continued to do hard work in the entertainment field.

As of now, he has managed to garner a healthy amount of fame. Also, as per his IMDb profile, he has almost 40 acting credits, followed by nine writing and directing credits.

The journey of the now-renowned actor in acting showbiz started in 2006 after he got the chance to play the role of The Gunman in the short movie Triple Bill. In the same year, he also made his big-screen debut as he portrayed the role of Tosh in the movie, Studs.

After that, he took a year break and returned in 2008 through the movie Christian Blake, in which he directed, wrote, and starred. His breakthrough role came in the same year, as he portrayed one of the main roles of Gavin Cluxton in his debut TV show Fair City.

Following that, he starred in several short movies, TV shows, and big-screen movies, such as 2009’s The Rise of the Bricks and 2010’s Raw. In 2010, he played the role of Sir Gwaine in the TV series Merlin, which further helped boost his fame.

Two years after the show, Merlin ended, Macken again fascinated everyone through his role as Dr. TC Callahan in the TV show, The Night Shift (2014-17).

The actor’s most recent works include 2019’s The Hole in the Ground (as Jay Caul), 2020’s Stumptown (as Zack Knight), and I Am Fear (as Joshua Halliel). Currently, he is working on a few of his upcoming projects—Grey Elephant, Till Death, and Four.

Hailing from the suburbs of Dublin, Ireland, the uprising actor was born on February 21, 1983. He goes by the birth name of Eoin Christopher Macken. His zodiac sign is Pisces, his hair color is dark brown, and his eye color is hazel.

As for his education, Macken enrolled at the University College Dublin drama society for his acting studies. Likewise, he also has an honorary degree in Psychology.