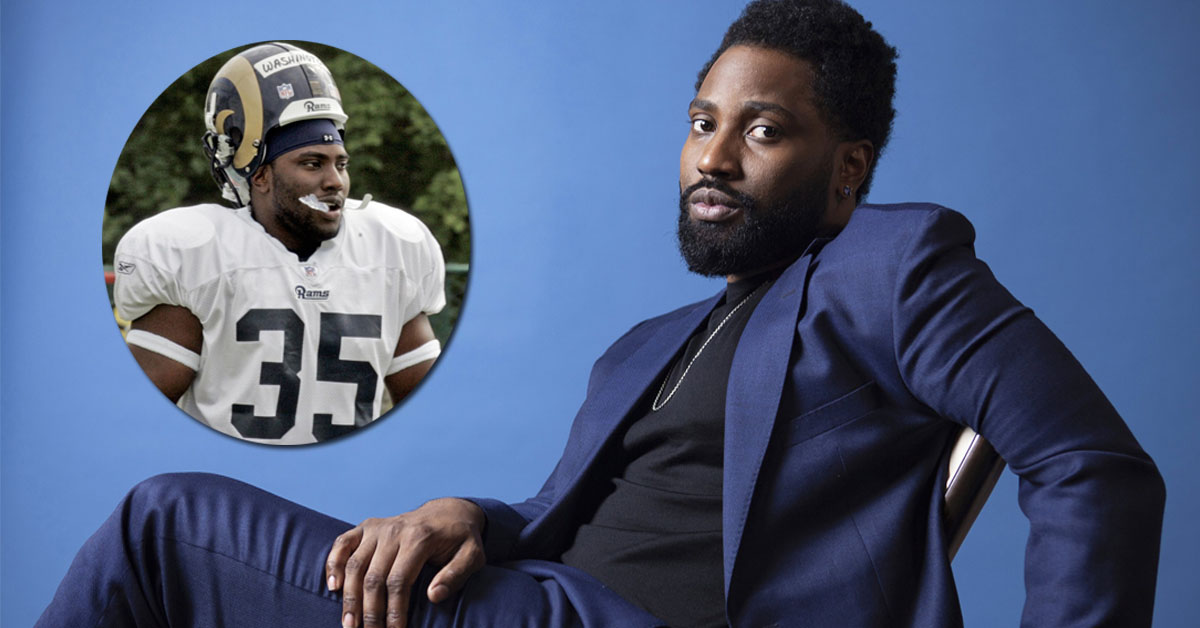 Most recently, in 2020, John made headlines after he was signed to play in the mind-bending science fiction movie entitled Tenet.

Though John is currently renowned in the entertainment industry, it wasn’t his first line of career. So, what was it? Well, keep reading to find out!

John Was A Professional Football Player

Before the now-world-renowned movie star began earning fame for his exceptional acting performances, John David Washington was running around and waiting for someone to pass the ball to him.

John had a small bit of interest in professional football during his days at the Campbell Hall School. But, later, he took the interest seriously and made it a passion. Afterward, he enrolled at Morehouse College on a sports scholarship and started playing football.

During his footballing career at Morehouse College, John made a school-record by rushing with 3,699 yards alongside other stats like 5.6-yard average, nine touchdowns, and ten receptions for 69 yards.

After making such exceptional stats during his college career, John David Washington was sure that he would be drafted into the National Football League (NFL). Sadly, when the 2006 NFL Draft happened, he went undrafted.

But, on May 1, 2006, John was picked by the St. Louis Rams as an undrafted free agent, only to be released on August 31 and picked again three days later for their practice squad. In 2007, he was released and was then signed by the NFL Europe’s team, Rhein Fire—he played in the offseason.

Afterward, in the 2009 UFL Premiere Season Draft, John was signed by California Redwoods (currently known as Sacramento Mountain Lions). In that team, he spent his four valuable years as a running back and contributed to the team.

Unfortunately, in 2013, his rising footballing career came to an end as he got some serious injuries while preparing himself for an upcoming game. Later, in an interview with Sports Illustrated, John mentioned that he was injured with a torn Achilles and if he had continued playing football, it would have been a death row sentence.

It was a death row sentence. I’m 28 years old, as a running back, it’s over. – Washington

Washington Chose Football To Get Out Of His Father’s Shadow

As he was born in fame, John was recognized as the son of the famous actor, Denzel. But, it wasn’t what he wanted. John wanted people to recognize him by his own success and hard work, not by his father’s or mothers’.

Due to that reason, John decided to leave his father’s shadow and make a career of his own hard work and dedication. Later, as John had a bit of interest in football, he started to train as well as play it.