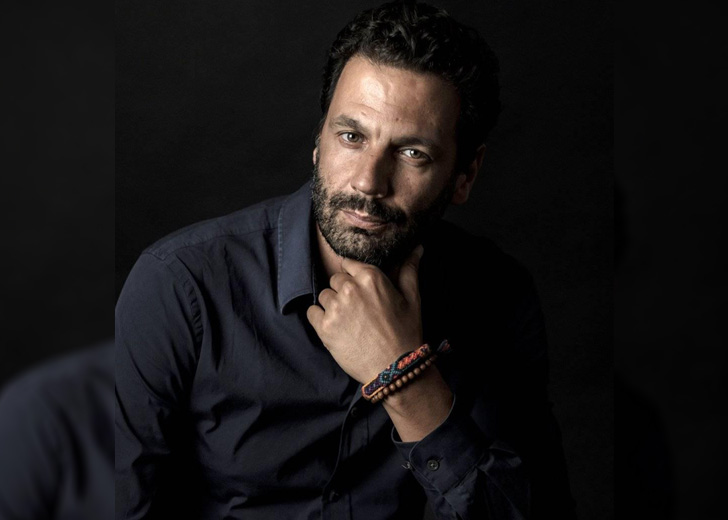 Mehdi Nebbou is an award-winning French actor who has garnered fans from across the world through his amazing performances in movies and TV shows.

Nebbou will soon be seen playing the role of Saïd in the movie House of Gucci, which will release on November 24, 2021. The crime-thriller movie is star-studded with actors like Lady Gaga, Adam Driver, Al Pacino, Salma Hayek, Jared Leto, and others.

As the actor has been garnering fame, people have been eager to learn more about him. While the details about his professional life are easily available, details on his personal life are rather scarce.

Mehdi Nebbou Has a Teenage Daughter

The official Instagram handle of the First Steps Special Award winner has shown that he is a father to a grown-up daughter, who is now 13-year-old.

Nebbou first mentioned having a daughter back in September 2012 during his interview with The Times of India, regarding the Indian movie, English Vinglish, that he starred in. At that time, he mentioned that his daughter was 4 years of age.

In addition, he stated that English Vinglish would be the first movie of his that his daughter would be able to see. “My little girl has not seen me on screen. So far all my films from France have been …how shall I put it?…adult in content. English Vinglish is the first innocent film I’ve done,” he further added.

Nebbou first posted a picture of his daughter on Instagram on September 1, 2018 — started using the platform in August 2018. The picture was of his daughter, in the woods, as she touched a tree with one of her fingers. The face of his daughter was not shown clearly.

On May 12, 2020, he shared another picture alongside his daughter for the second time. A few weeks later, he posted a picture of her daughter with her friends while they were fishing in the lake.

Following that, Nebbou has shared a couple more pictures of his child, the last being on May 3, 2021. Though he has shared pictures of his daughter, he has never bothered to reveal any details about her, such as her name and others.

It seems like the House of Gucci star will be keeping his daughter’s identity a secret and keeping her away from his limelight, until his daughter starts to make her own life decisions.

Who Is His Baby Mama? Is Mehdi Nebbou Married?

As of this writing, there is no information available on who is the mother of Nebbou’s daughter. There have been no reports of him being married or having a girlfriend as he has kept most of the details on his romantic life up to himself only.

The multilingual actor is very private and rarely shares any details on his love life. He has neither mentioned anything about being married to a wife nor having a girlfriend either in his interviews or on his social media handles.

On his social media handles — he mainly uses Instagram only — he is yet to share pictures with a woman who can be regarded as his possible wife or the mother of his daughter.

So, if Nebbou is yet to get married and doesn’t have a partner, who is the mother of his child? Well, there is also the possibility that he had his daughter via surrogacy. Going by the pictures he has shared till now, he seems to be a single father.

Well, whatever the case might be, one thing is for sure that he has been successfully raising his daughter, taking care of her health, and providing her with good education and every necessary thing.