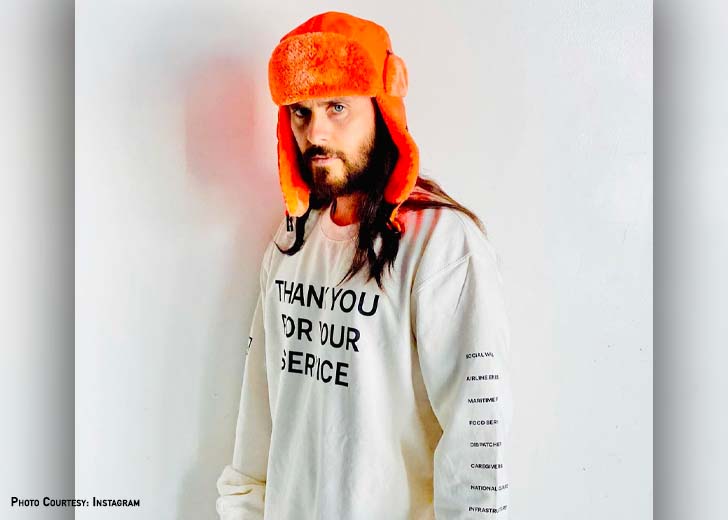 Jared Leto, who is renowned for his acting style, underwent a significant transformation for some of his most recent performances, including Morbius, WeCrashed, and House of Gucci.

The Oscar Winner actor is renowned for his dedication to his performances, which includes losing weight, regaining it, and applying prosthetics to alter his appearance completely.

Leto favors the term “immersive,” saying recently to E! News, “I’ve spent a career immersively and it’s quite an opportunity,” even though some may refer to it as method acting.

Even the people who work with Leto feel as though they aren’t actually dealing with the actor because of how completely he enters his characters.

Jared Leto’s history of extreme transformation over the years

The Bossier City, Louisiana native is well-known for his stunning cinematic transformations. For his Oscar-winning portrayal as Rayon in the 2013 film Dallas Buyers Club, he shed more than 40 pounds.

The Academy Award recipient also underwent a similar weight loss procedure for his role as Harry Goldfarb, a heroin addict in the movie Requiem For A Dream.

On the other side, Leto gained 67 pounds by eating junk food for his role as Mark David Chapman in the 2007 film Chapter 27.

He told USA Today, “I’ve been 207 pounds and I’ve been about 109 pounds for films. So I have run the gamut,” while adding that he is never going to attempt “traumatic” weight gain again.

The House of Gucci star emphasized the harm consuming junk food can do to your body. He noted, “It’s just really not something you should do to your body, ever. Just binging, eating really bad food.”

Leto had his makeup artists create a physical makeover for Gucci, a gray-haired, bald-headed designer, over six hours each day.

Over the course of the eight-episode run, he immediately switched from Gucci’s thick accent to Neumann’s difficult Israeli accent in the Apple TV+ miniseries WeCrashed.

Nonetheless, Leto loves taking his work seriously and being committed. He explained, “But even if I commit to gaining weight or losing weight, or learning to speak an accent for six months, people might think it’s a crazy commitment, but the fact is, it’s a blast.”

Leto recalled when he had to gain over 60 pounds for a role and said it was amazing for Men’s Health, but when he asked someone for the time in New York, they backed away.

The actor expressed, “I saw people I knew who didn’t know I was filming and thought I had fallen off the—I don’t know how to describe it—that I had not been taking care of myself.”

They interpreted that as an indication that something was wrong with him and stressed, “It was a really wild thing to experience that.”

The WeCrashed actor also mentioned that he has dealt with some series and years oolong issues with life-changing and ‘intense’ levels of pain in the past.