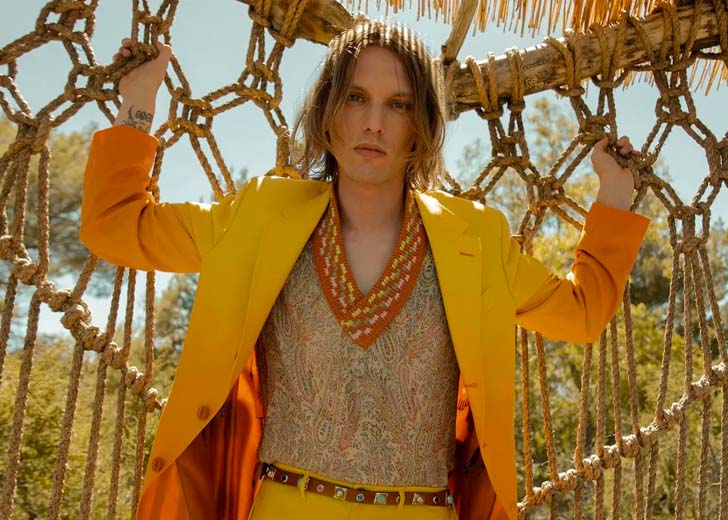 Debunking into the life of Jamie Campbell Bower’s struggles, the support from his parents, ethnicity, and a lot more.

Jamie Campbell Bower, an actor, singer, and model, has been an inspiration to millions of people since his decades of contribution to the entertainment industry.

He is best known for his roles in Harry Potter as Gellert Grindelwald and Stranger Things as Peter Ballard.

Bower is a great personality but what makes him stand out is his humble yet down-to-earth nature. It is so because he has been nurtured and groomed as a gentleman by his parents.

Who are Jamie Campbell Bower’s parents?

Bower is the son of Anne Elizabeth, his mother, and David Bower, his father. He is also a supportive elder brother to Sam Bower. He descends as English with Scottish ancestry.

The actor was raised and brought up in London and studied in a boarding school named Beadles. From a young age, Bower was highly fascinated by music, so he started taking singing lessons at the age of eight.

However, he left his last semester as he got an opportunity to work on a movie. His very first role was given for the historic film Alice in Wonderland.

There, he was portrayed as the French Mouse. His parents fully supported and understood each of his interests and ambitions. The actor’s mother, Anne, is a music manager, and his father, David, works for Gibson Guitars.

Both of Bower’s mentors belonged to this industry which aided him in growing along. The actor has immense respect and love stored in his heart towards his parents.

As per London Evening Standard, when Bower was asked about his parents, he stated, “My parents realized I had this wish to be a performer, so they nurtured that side of me. I joined the local youth theatre, got very heavily involved, and did every production until age 16.”

By then, he had also tried his hands at modeling, making a pretty decent earning. After then, he was gradually unveiled to the entertainment industry, where his parents also played a huge role.

When the actor was 17, his mother, Anne, helped him get introduced to the agent Simon Beresford. A few weeks afterward, he could audition for Tim Burton’s Sweeney Todd: The Demon Barber of Fleet Street.

His expectations were high after he was done with his part in the movie, and he assumed that many of the other offers would flood his life. But, unfortunately, it was not happening. The actor dropped out of his A-levels when he was almost about to complete the course.

Later, he started going through multiple auditions where sadly, nothing had been working out. Bower was eventually getting stressed out and anxious. But, he did not give up halfway. He kept on auditioning and started getting opportunities bigger than his expectations.

Throughout this journey, his parents stayed immensely supportive and consoling, keeping him motivated throughout the hardships and struggles. Today, the name Jamie Campbell Bower is seen as one of the most well-recognized names in the industry.

The Stranger Things fame is recently also making headlines regarding the upcoming projects he is willing to work on.