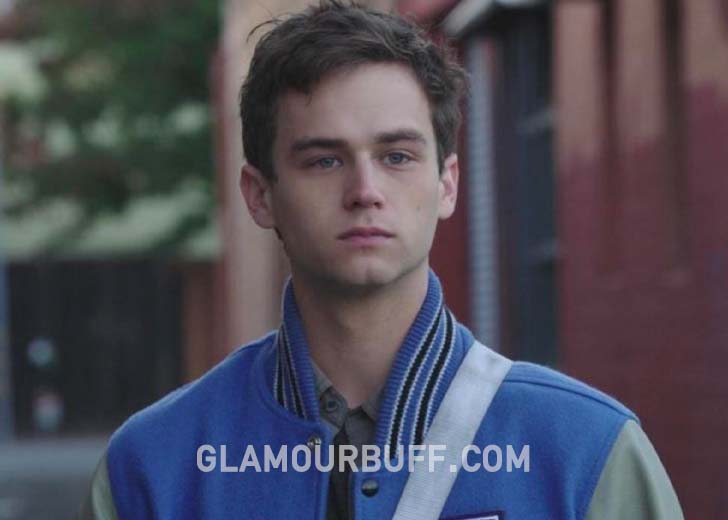 Brandon Flynn never actually came out as bisexual or gay to the public.

Brandon Flynn rose to prominence in 2017 after starring as troubled teen Justin Foley on 13 Reasons Why.

He is also known for playing in the short film Home Movies and as Mike the Intern in BrainDead. He also appeared in the 2020 series Ratched and HBO’s True Detective.

Since his popularity has increased, fans are often curious about his personal and dating life. So here’s what we got on his dating history and more.

Brandon Flynn was in a relationship with singer Sam Smith

Throughout his career, the Florida native has only had one publicly acknowledged relationship, with singer Sam Smith. Flynn and the ‘Too Good at Goodbyes’ singer began dating in December 2017.

“I’m in a relationship right now and for the first time, I think I deserve to be happy,” Smith opened to  V magazine. “I’m actually asking myself if I’m going to be writing some happy love songs soon!”

Unfortunately, the couple’s relationship ended in June of that year. “Brandon was wonderful,” the British native told The Times in September 2018.

“I’m still figuring out what I got out of that relationship and what it meant to me. It’s still very raw. All of my relationships have ended in a positive, never a negative way.”

Although the 13 Reasons Why actor likes to keep everything under the rock, Flynn appears to have remained single since then. His extremely private nature and his Instagram both suggest so.

However, he and former Game of Thrones actor Richard Madden sparked dating rumors in April 2019 after being spotted together in Los Angeles.

In June 2019, he did explain why he prefers to keep his romantic life private.

“It’s difficult not to feel like something in my personal life isn’t being scandalized because that’s how it feels when you read headlines about yourself, especially when they have this big bang to them,” he told Variety.

People have surely heard about Flynn coming out as gay through any social apps, but the fact is he never actually came out publicly about his sexuality.

In an interview with Variety, the actor explains how it was all just rumors, and he has never come out in public. He said, “Even though I didn’t ever come out to the public, in a weird way, I just one day read an article where I came out in the terms that they wanted me to come out.”

But he mentioned that he came out to his family and close ones around 13 years ago. Through the years, Flynn expresses gratitude for the opportunity to be a role model for “any gay boy at home,” but he still struggles with the double standard the media has placed on him solely because he has dated men.

“Not that it was the industry’s fault at all,” he says, “but being in the industry makes you someone of public curiosity, hence why all of a sudden I was a gay actor, but just because I was supporting the industry.”

Flynn discusses the double standards that LGBTQ people face in Hollywood, the intense media scrutiny he receives, and his 13 Reasons Why character’s impact on audiences.

He said, “Yeah. There’s this whole element of the press in this industry, and whether or not I am being judged.

“Even when the industry caught wind of me being bisexual or gay or whichever one they chose to go with, it didn’t feel like it was my own, and I think that’s a bit frustrating for me, and that’s where I feel a bit judged that I didn’t get to do that, nor did I really want to,” the actor shared in the interview.