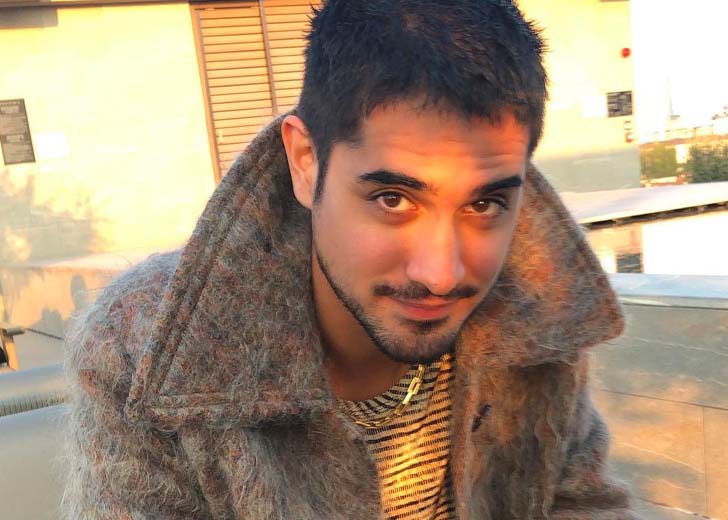 Avan Jogia is a Canadian actor whose breakthrough working on Nickelodeon as a teen actor, and he rose to mainstream prominence as Danny Desai in the drama series Twisted in 2013.

He is also best known for his role as Bleck Oliver in the Nickelodeon sitcom Victorious, popular among children and teens.

Having a huge fan base among all age groups, fans are often curious to know more about their favorite childhood crush from Nickelodeon. So here’s what you need to know about the actor’s life and ethnic background.

Avan was born on February 9, 1992. Avan’s father, Mike Jogia, is a Gujarati British. His mother, Wendy Jogia, is of British, German, and Welsh descent. Although known as a Canadian actor, Avan has dual citizenship in the UK and Canada.

He grew up with his younger brother Ketan Jogia, a London-based music producer. Thanks to his mixed ethnicity, Avan can speak Gujrati and French, apart from English.

The actor admires and respects his father as his teacher, and he draws inspiration from his father, and the two are incredibly close. However, no further information about his father’s occupation is available, and neither are there many details related to his mother and brother.

Because the Canadian actor was raised in British Columbia, he attended Killarney Secondary School in Vancouver for his primary education.

Avan, then-17, was a struggling high school student with enough acting experience, according to his IMDB page, to seriously question the value of his math homework.

In an interview with Just Jared, Avan shared that he started acting at 15. He began doing commercials while he was in Vancouver.

He shared, “I did a couple Lifetime movies. With Mercedes Ruehl and Agnieszka Holland. Then I was doing acting and going back to school, and when I was at school, I was really attending so I kind of dropped out around sixteen.”

He mentioned in the interview that his parents made a deal and allowed him to go to LA. “Go down to LA for six months. If you get a job, good for you, you’re an actor,” Avan recalled.

“If you don’t get a job, then you have to come back to Vancouver and you have to go back to school.”

The character of Beck Oliver on Nickelodeon’s Victorious was quickly offered to Avan. He said that he took the role to avoid going back to high school. The actor, now 30 years old, was prepared for more after starring opposite Justice and a then-unknown Ariana Grande.

Since then, Avan has given life to many notable characters, including a cool-tempered 14th-century king in Spike TV’s Tut and a sexually fluid actor who became stoned in Starz’s Now Apocalypse and the leading role in The Stranger.

Avan is not only limited to being an actor but has also introduced himself as a director and writer. His directional debut was Doormouse. He has also written a book called mixed feelings, a collection of his stories and poems.

In an appearance on Tarmon Hall Show, the writer shared that the book was inspired by his life, coming from a mixed-race family.