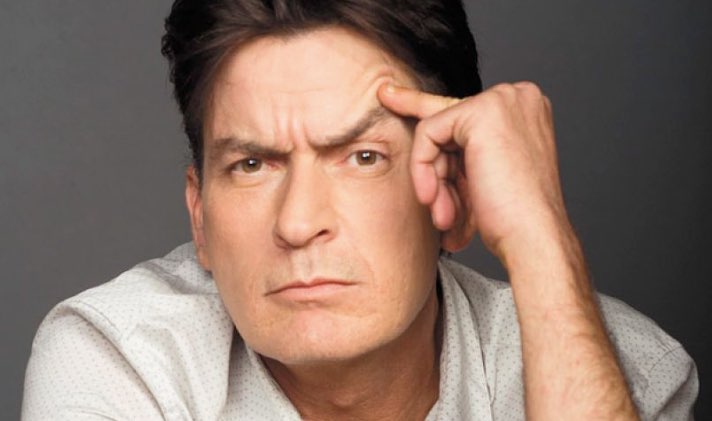 Charlie Sheen settled a lawsuit regarding his HIV diagnosis.

Charlie Sheen led a wild and fun life in the 90s and early 2000s. Unfortunately, it came with consequences, including overdoses and HIV.

He revealed his diagnosis in 2015, and since then, many people have come forward confessing that they got HIV because of the Two and Half Men actor.

Recently, he resolved a lawsuit by settling with his former lover, who claimed the same.

Charlie Sheen and the lawsuit

Sheen has finally resolved a lawsuit launched in 2017 by his former lover, who alleged that the star had exposed her to HIV. According to paperwork acquired by TMZ, Sheen promised to pay the woman $120,000 in $10K monthly payments over the next year.

The lady allegedly filed the complaint as Jane Doe and sought to conceal Sheen’s identity by referring to him as a “confident male defendant” at first. She did, however, mention that the guy she was suing disclosed his diagnosis on national television on November 17, 2015.

The lady claimed to have had unprotected sexual intercourse with Sheen, who reportedly did not share his illness. Later, he ordered her to take medicines to prevent the virus from spreading.

She said that the Scary Movie 3 star also instructed her not to trust the “convenient rumors of the medical community.” Sheen has not responded to him settling the lawsuit yet.

In addition to the current case, Charlie Sheen’s former fiancée Brett Rossi sued the star in 2015 on identical grounds. She said Sheen had exposed her to the virus and disclosed that the two had been physically intimate at least five times before she learned of his condition.

Rossi also accused Sheen of physically and emotionally abusing her. Bree Olson, another of the actor’s ex-wives, said in 2015 that he never told her about his sickness.

Sheen caught HIV in 2011 but only officially confirmed his illness in 2015. On November 17, 2015, the actor said he kept his medical condition a secret from at least two partners but used protective measures.

Charlie Sheen revealed his HIV diagnosis in an exclusive Today show interview with Matt Lauer on November 17, 2015. At the moment, he commented that his diagnosis was a difficult three letters to digest.

During the conversation, the actor disclosed that he was diagnosed with HIV nearly four years ago but had no idea how the virus got into his body. He confessed that it began with excruciating headaches, which he suspected were brain tumors.

Later, he found out that it was HIV. However, he did not want to reveal it to the world and kept it a secret.

The Golden Globe winner also said that even if he told people he trusted about his ailment, he would pay them up to $10 million to keep his diagnosis a secret.

He said, “What people forget is that that’s money they’re taking from my children. I trusted them and they were deep in my inner circle, and I thought they could be helpful. My trust turned to their treason.”

Sheen went on to say that he chose to make a public proclamation to put an end to the extortion attempts and claimed fake tales about him. The actor stated purposefully transmitting the infection to others was “impossible.”

Despite admitting to having an unprotected physical interaction with two women after his diagnosis, he claimed that both were informed and under medical supervision.

In a live interview with Piers Morgan at London’s Theatre Royal Drury Lane in 2016, Sheen disputed accusations of having unsafe sexual encounters since testing positive for HIV.

Despite escalating claims from his former relationships, the actor maintained that no one had been infected by him. On the other hand, Sheen has not always informed his partner of his diagnosis.

This was mainly because he did not want it to be used against him for financial gain. He said, “The only couple of times I didn’t tell somebody was because the last 25 times I’d told somebody, they used it against me, and they used my medical condition for their own folly and financial gain.”

Sheen discussed his illness further during a 2017 interview on Good Morning America, telling Michael Strahan that he wanted to quit after being diagnosed with HIV.

Thankfully, he soon discovered he could live with the condition, and he could do so with the help of medicines and tablets. According to reports, Sheen’s therapy included a triple cocktail of antiviral medications.

In a 2016 episode of The Dr. Oz Show, the actor discussed going off his medications for approximately a week to undergo alternative treatment from Sam Chachoua in Mexico. He did, however, finally restart his meds.

Currently, Sheen is living a healthy life because of medications, despite being diagnosed with HIV.