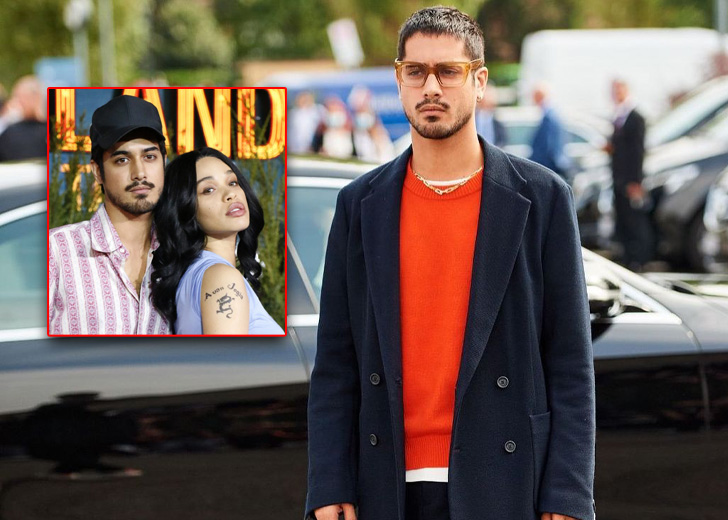 Avan Jogia is a Canadian actor who came into the limelight for his portrayal of Beck Oliver in the Nickelodeon sitcom titled Victorious (2010-13). His fame got widened after playing the role of Danny Desai in Twisted (2013-14), for which he got two Teen Choice Award nominations.

While the actor has earned fame through his professional life, his personal life also remains a topic of discussion amongst his fans. His fans are always keen to know more about his love life and have several questions.

As of this writing, the multi-talented Jogia is yet to share the wedding vows with a significant other. Nonetheless, it doesn’t get rid of the fact that there is someone special in his life. Yes! he is in a relationship.

So, who is Avan Jogia dating? Well, the actor has been dating an Australian actress named Cleopatra Coleman for a long time.

The news of their togetherness first broke out in September 2017 when the duo accompanied each other at the 2017 Entertainment Weekly Pre-Emmy Party. This was the first time they had made a public appearance.

When the news broke out, Just Jared reported that they had been dating each other for a couple of months now. However, as both of them prefer privacy very much, they kept everything up to themselves only.

The two went on to keep their love life low-key even after their togetherness was confirmed. Nonetheless, they often made public appearances.

For instance, when the duo appeared at the 2019 premiere of Zombieland: Double Tap, they showed up wearing the dresses that Billy Bob Thornton and Angelina Jolie wore during their 2000 red carpet appearance for the movie Gone in 60 Seconds.

Additionally, Jogia used to occasionally share some pictures alongside his girlfriend via his Instagram handle. The pictures he shared were couple-y and they were accompanied by short captions.

However, the actor has removed all those pictures from his Instagram handles, making people think if he and Coleman have broken up. But, nothing can be said as neither of them has confirmed anything.

There is also the possibility of them keeping their relationship details up to themselves only, just like they have been doing from the start. If that’s the case, we respect the couple’s decision and wish them the best in their relationship.

Before Jogia began dating Coleman, he was rumored to be dating the American actress Victoria Justice.

As Jogia and Justice shared the same workplace for many years, they had developed a good friendship. Their chemistry could be seen in the interviews that had done. This led to the rumors being originated.

The talks were so high that the shippers of the two had given them a nickname, Vavan — V from Victoria and Avan. However, as it turns out, the rumors were nothing but rumors.

Besides, whenever the two were asked if they were dating during their interviews, they had always replied with one answer, “We are just friends!”

Jogia was previously in a relationship with the American actress Zoey Deutch. They began dating in early 2012 and made their first public appearance in March 2012 at the Kids Choice Awards.

The now-split couple often shared several pictures alongside each other on their respective social media handles. The pictures used to be from their prom and date nights. Despite sharing pictures, the actor didn’t use to give out many details and kept things private.

Besides, in one of his interviews with Glamoholic magazine, he talked about having a public relationship. He told, “Maybe I’ve been lucky but I think that it’s mostly a choice.”

He continued by saying, “I think if you continuously choose to court the public’s attention to your relationship, you run the risk of asking them to pry more out of it, but it would also be a bit strange to totally ignore your significant other’s existence in public as well.”

“So just trying to find the line that’s most comfortable is important. If you don’t want to be a spectacle don’t make it a spectacle, and hopefully mostly you’ll be left alone,” he further added.

Although Jogia and Deutch had a strong connection, they weren’t meant to be together. After being in a relationship for five years, they broke up in 2017. Busy work schedules were cited as the reason behind their split.

It was also reported that their split was amicable and they remained friends, which was proven when they worked together in the movie Zombieland: Double Tap, two years after their break up.

Before his relationship with Zoey Deutch, there have been no further reports of his past relationship.