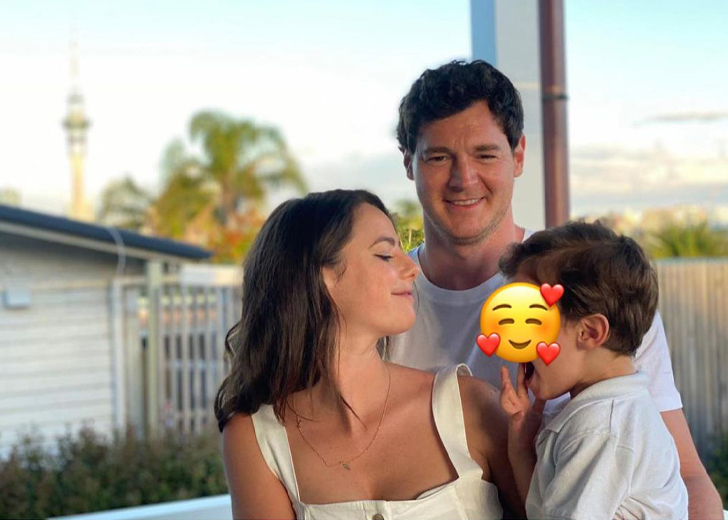 Kaya Scodelario has been in a marital relationship with her actor husband Benjamin Walker for more than five years.

Soon, the Brazilian-British actress will be celebrating her sixth wedding anniversary with Walker. In their married life, the married duo has had several moments to cherish for their lifetime.

Taking no further time, here is a relationship timeline of Kaya Scodelario and her husband’s married life!

They Started Dating in 2014

After Scodelario’s longtime relationship with the Shameless actor Elliott Tittensor ended in early 2014 – began dating in late 2009 – she met her now-husband, Benjamin Walker.

They first met each other in 2014 during the initial filming of the movie The King’s Daughter (previously titled The Moon and The Sun). They eventually fell in love and began dating in April 2014.

In the initial days, things were quite tough for the new couple as Scodelario was living in London whereas Walker was living in his New York residence. Nonetheless, the long-distance didn’t have much effect and things were good once the actress moved to New York.

After several months of dating, Walker thought it was time to take a further step in their relationship. On December 28, 2014, he went down on one knee and asked Scodelario for her hand in marriage.

The Resident Evil actress said “yes” and they got engaged. Afterward, she even shared a picture via Instagram alongside her beau with a caption, “thank you for making me the happiest woman in the world.”

After the duo got engaged, it was time to make plans for their wedding. However, the two took some time, almost 12 months to be precise, after their engagement before they walked down the aisle.

On December 15, 2015, Scodelario shared a PDA-filled picture from her bachelorette party in which she was kissing her future husband. “Marry me @findthewalker,” she wrote in the caption.

Two days after the bachelorette party, December 17, they shared the wedding vows at New York City Hall. Family members and close friends of the couple were there to witness the ceremony.

After their marriage, both of them adopted the surname “Scodelario-Davis” into their names.

Although they got married on December 17, the news of their wedding was only shared a couple of weeks later, on December 31. Scodelario had shared a picture of her wedding cake topper, which was a miniature figure of a couple wearing a wedding dress.

She captioned the picture, “Happy New Year everyone… Here’s to 2016 being filled with love, laughter, and cake for everyone! And thank you again @okezzer for making our wedding so special and full of your genius craft skills.”

Less than a year after they got married, in June 2016, the actress announced via Instagram that a new member will be joining the family soon. On August 22, she made another announcement, revealing their child’s gender — a boy.

On December 1, 2016, Scodelario revealed via Instagram that she has given birth to her son. She had shared a picture of her son, alongside their family pet dog, Arnie.

“Welcome to the world little man. We couldn’t be happier or more in love with you & Arnie’s loving his new cuddle buddy,” she wrote as the caption.

Other than that, no other details regarding their son’s date of birth and name were provided at that time. Additionally, those details are still not disclosed by the couple.

The Family of Three Has Been Living a Low-Key Life

Since the birth of their first child, the family of three has been maintaining a low-key life. The married couple has always dodged the media and has especially kept their limelight away from their son.

Although the Resident Evil: Welcome to Raccoon City actress shared several pictures alongside her baby boy and husband, she always uses some stickers to keep her son’s face hidden.

As for the actress’s husband, he is not very much active on social media handles and rarely shares pictures of anything. To this date, he has only shared pictures of his wife and related to his work. Not a single picture of his son is on his Instagram handle.

Well, going by that, it certainly looks like the couple has been successful in living a low-key life and keeping their son away from their limelight.

Recently, on September 18, 2021, the Skins star announced that she is pregnant with a second child. She had shared a picture of her baby bump and wrote a long caption. At the end of the caption, she mentioned that she and her partner are very happy but also super tired.

One month later, on October 19, the married couple hosted a Baby Shower Roast & Pub Quiz Night alongside some of their closest friends and family members, whilst following all the safety protocols.

Currently, not many details of their second child have been revealed by the couple. And, going by how they have kept their first child’s details a secret, one might not get surprised if they do it again.

Posted on February 1, 2022February 1, 2022
Janet Damita Jo Jackson, popularly known as Janet Jackson, is a world-renowned singer-songwriter, dancer, and actress. She is also the youngest sister of the...
Read More