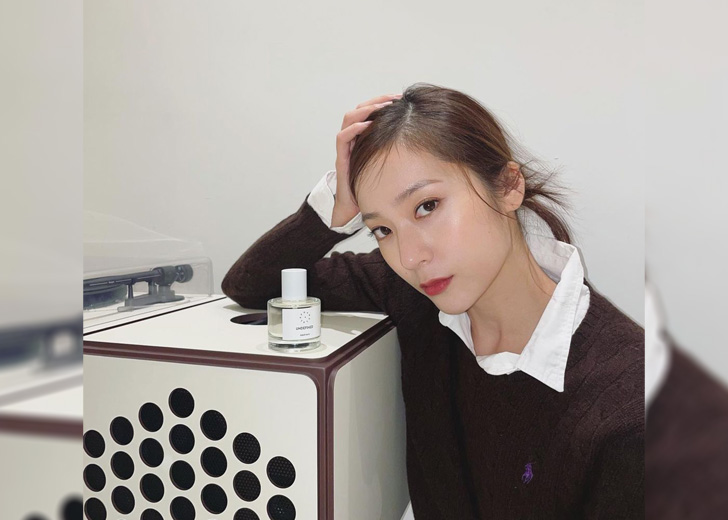 Krystal Jung is a talented Korean-American singer and actress who has climbed up the ladder through her acting performances. She has garnered thousands of followers through her acting in shows like High Kick! (2011), Heirs (2013), Prison Playbook (2017-18), and Police University (2021).

Besides her professional career, what has also helped her gain the spotlight is her personal life. Jung’s romantic life has always been a topic of discussion among the public which is still applicable to this date.

Who Is Krystal Jung Dating?

The present relationship status of the actress is unknown. Jung, whose birth name is Chrystal Soo Jung, has kept her love life very private and rarely shares any details about it among the media or public.

In recent times, it’s very hard to get details on her dating life as her privacy around the topic is very high. Additionally, she has not given out any sort of hint on whom she might be dating via her social media handles too.

Considering all of that, its either possible that Jung might be dating someone and keeping it a secret. On the other hand, there is also the possibility of her being single who is yet to find the perfect match.

Before her dating life became private, the actress was in a romantic relationship with the South Korean singer and actor Kim Jong-in, popularly known as Kai.

The now-former couple first met each other in 2007 as trainees. In the beginning, they were only good friends. The rumors of them dating began only in February 2016 when the two were spotted getting out of a car together, and having dinner later that day.

Two months later, on April 1, official confirmation came from the two’s agency, SM Entertainment, that Jung and Kai were indeed dating each other. “Krystal and Kai are close friends who began having feelings for each other,” was the agency’s statement.

However, their togetherness didn’t last longer than expected. After dating each other for one year and two months, in June 2017, they officially parted ways. Their hectic work schedules were cited as the reason behind their split.

The break-up was again confirmed by their agency, which had released a statement that read, “It’s true that the two have split. The pair decided to go back to their roots and remain “good friends.”

Other than that, there have been no reports of Jung dating anyone else in the past.

Will Jung Get Back with Kai?

Following Jung’s split with Kai, a few shippers of the former couple have been hoping to see them giving their relationship a second shot and getting back together.

Well, those who were hoping that to happen might be shattered to learn that Jung has no intention to get back with her former lovers, either Kai or any of her other ex-boyfriends.

This statement from Jung came back in September 2018 while having a conversation with her group f(x). During that talk, one member had asked the actress if would go back to her ex-boyfriend.

While answering that question, she mentioned that she is the type of person who gives her everything in a relationship, and even after doing that, if the relationship still fails, she would never want to see that person.

She had stated, “I always do my best on any relationship, including my romantic ones. If we break up, its really a break up for me. I don’t hold onto the idea that I could date this person again.”

Following that statement, she claimed that she has never patched things up with her former partners. However, she said that she cannot say the same in the near future.

In a recent YouTube video, on her sister Jessica’s YouTube channel, the Search star opened up about her thoughts on marriage and what type of man she likes.

In that video, Jung revealed that when she was young she believed she would get married in her late 20s. Her belief came as she thought it was the average age for getting married in society. However, now she is 27 years of age and has yet to tie the knots.

“When I debuted at age 14, I thought that when I got to the age that I am now, I would already be married because that’s the age our mom got married. But suddenly I turned 28 and I’m still single.”

Following this, she was asked about her ideal type of man. In reply, she stated that she likes men who are manly.