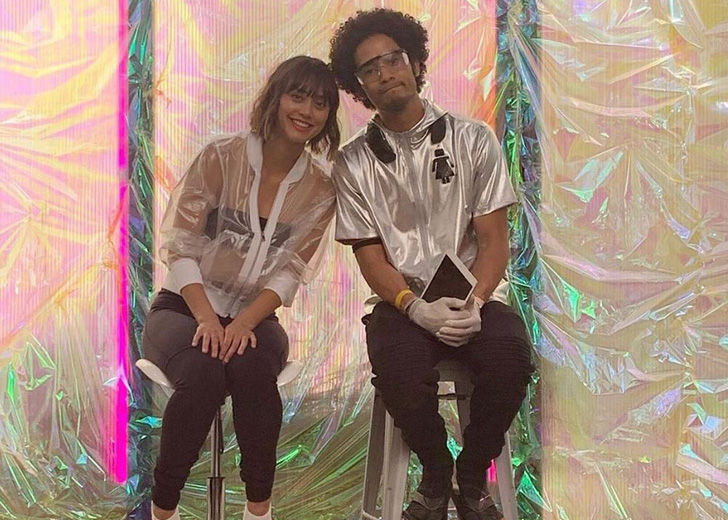 Dia Frampton and her boyfriend Khalif Boyd have been in a relationship for a long time.

In the beginning, both of them were total strangers. However, as if they were meant to be together, they found a way. They began to meet each other on a regular basis and eventually formed a relationship.

Since then, the singer-songwriter and the actor have been inseparable and have stuck together in every circumstance of their life. But, there are currently rumors suggesting they have broken up. So, are the rumors true?

Are Dia Frampton and Khalif Boyd Still Together?

The speculations of Frampton and Boyd’s break up began after the shippers of the couple noticed that both of them have not featured each other on their social media for a long time.

The last time Boyd had featured Frampton was on October 31, 2019, when he shared a picture alongside her saying he is proud of her and he has “never witnessed someone put so much heart and soul into their artistry and beyond!”

On the other hand, May 30, 2018, was the last time Frampton featured her boyfriend on her Instagram handle. She had posted a picture alongside him on the occasion of his birthday.

Similarly, the last time the duo publicly appeared together was on the YouTube video of the Jubille channel. The video was titled “Couple Secretly Share Most Vulnerable Moments.”

In addition, another thing to be noticed is that Frampton has unfollowed Boyd on Instagram, whilst the latter still follows her on the platform.

Taking all that into consideration, did Frampton and Boyd break up? Well, nothing can be said, with full confidence, as neither of them has confirmed their split. They also haven’t released an official statement that confirms their breakup.

While there might be a chance of them parting ways, there is also the possibility of them keeping their love life private. In the past too, both Frampton and Boyd were keen on maintaining their relationship low-key. If that’s the case, we totally respect their decision.

Frampton and Boyd first met each other around 2014 at a bar named Busby’s. In the above-mentioned Jubille’s YouTube video, Boyd recalled the bar being super packed and he saw a deer [referencing Frampton] amongst the crowd.

Frampton also recalled the moment as she said that she was super drunk at that time. She was with her friend, Yuri, and leaned over her and told her “that guy [Boyd] is really hot.”

Afterward, they had a short conversation before they went on a walk. Following that meet, they met a couple of times again. On their first date, they went for a walk around the Silver Lake reservoir, stopped at a place, and got coffee.

They talked about several things, including each other’s families and past. Boyd told Frampton so much about his family that she went on to write a song about it. For Frampton, all of the things piled up, felt like love, and just happened.

As for Boyd, when he recalled falling in love with Frampton, he said, “She was performing with her band and by this time I was already getting to know her and how freaked out she gets before she performs and just to know the courage and the bravery to go up there and to really be vulnerable with the audience.”

As fate had it, they eventually began dating each other around mid or late 2014. Although they were in a relationship, they kept it low-key and didn’t publicize their togetherness frequently.

Despite not showing their love and affection publicly, they always showed it amongst each other. They often praised their works and supported each other. And, they have never stopped doing so.

Posted on September 19, 2021September 19, 2021
Khabane Lame, famously known as Khaby Lame, is an internet personality who came into the limelight after his TikTok videos began receiving amazing responses...
Read More