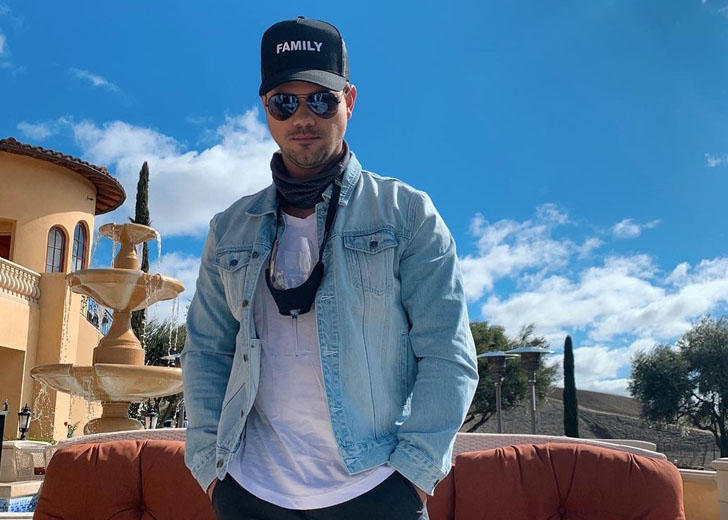 Did Taylor Lautner gain weight more than once?

Taylor Lautner is best known for his amazing portrayal of Jacob Black in 2008’s Twilight and its four other sequel movies.

But what many might not know is that the American actor nearly lost the role of Jacob Black after the first movie of the Twilight franchise. It wasn’t because of his acting skills or anything he did.

Instead, it was due to Lautner’s body size. In the sequel to Twilight, titled The Twilight Saga: New Moon, the character of Jacob Black goes through a big physical transformation as a result of his newfound werewolf status.

At the time, there were rumors that the producers might replace Lautner – who was around 17-year-old at the time – with another actor that had a better physique. Thankfully, that didn’t happen as Lautner took it on himself to undergo a weight gain process.

When Lautner’s character gained a werewolf status at the end of the first Twilight movie, the actor needed to gain 30 pounds of muscle in just one year.

The actor used to be a 5 feet 10 inches tall and 140 lbs weighing bony teenager at the time. He joined hands with the owner of Jordan’s Virtual Fit Club, Jordan Yuam, and started working on the process of gaining weight.

In an exclusive conversation with Men’s Health Magazine, Yuam went through the workout routine that Lautner followed on his weight gain path. Yuam mentioned that he pushed Lautner’s limits and stacked 40% more weight than the actor could lift.

Other key points the trainer stated were: 1) Vary Your Volume. 2) Create Tension. 3) Cut Down on Cardio. 4) Don’t Overwork Your Abs. 5) Step to the Side. 6) Have a Recovery Plan. 7) Feed Your New Body. 8) Set Your Daily Calorie Goal. 9) Set Daily Nutritional Goals. 10) Balance Your Meals.

Besides these, the actor also focused on an extreme diet. He made sure that he had something to eat nearby him every two hours. To make it easier, he reportedly carried burger patties in a Ziploc bag.

Speaking about that in his 2009 interview with MTV, Lautner said, “[I was] doubling the amount of calorie intake I had before, which was just really tough, eating every two hours. It was the hardest part for sure.”

He continued, “Sometimes my trainer, when we were filming — because he was up filming ‘New Moon’ with us — he’d wake me up at six in the morning and be like, ‘Hey, have a protein shake.’ And then I’d go back to sleep for a couple of hours.”

These exercises led Lautner to gain the 30 pounds weight or muscle that he needed and make a monster six-pack. And his hard work didn’t go in vain as the audiences were impressed by his body transformation.

Around the mid-2010s, the 30-year-old Michigan native had taken a small break from the entertainment industry. Thus, he wasn’t actively seen by the public and media.

Later, Lautner returned to the industry after signing a deal with Fox that led to his appearance as Dr. Cassidy Cascade in its television show Scream Queens.

Upon his sudden appearance, people noticed some fat on the actor’s face and a weight gain. In April 2016, TMZ tweeted, “Taylor Lautner’s startling weight gain — he looks SO DIFFERENT now!”

While some agreed with the tweet, many didn’t. One user wrote, “he has beer belly!!!” whereas another said, “he gained weight for a film role, nothing wrong with that.”

Similarly, when one Twitter user posted Lautner’s recent pictures of the time and said there were no changes, another contradicted the user’s view and wrote, “he’s gained a lot of weight in comparison….”

Furthermore, one user wrote a more satirical comment that read, “OMG, no way! he’s 24 years old & looks different than he did when he was 19? SHOCKER!”

Despite all that, Lautner didn’t bother to respond to these rumors. As a result, nothing could be said about him gaining weight or having some fat on his face. Additionally, it hasn’t been confirmed if he ever went on a weight loss journey.

The only thing confirmed about Lautner’s body transformation is that he gained 30 pounds of muscle for his role in The Twilight Saga: New Moon. As of now, Lautner still follows many of the exercises he followed at the time.