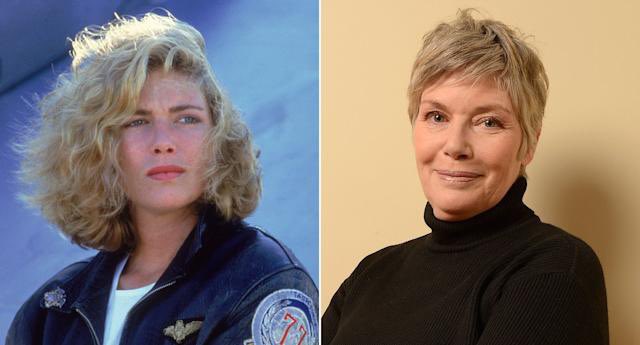 “I feel really blessed that I don’t have to work,” she says.

Kelly McGillis gained her breakthrough in the entertainment industry in the mid-1980s after portraying roles like Rachel in Witness and Charlie in Top Gun. For her performance in the former one, she even got nominated for Best Actress for a BAFTA Film Award.

Fast forward to the present time, the once-renowned actress is nowhere to be seen in Hollywood. And that absence got felt by millions when the sequel to Tom Cruise’s Top Gun, Top Gun: Maverick, got released in 2022 after years of delay.

So, the question looming around everyone’s mind is, “What’s Kelly McGillis doing now?” “Where is Kelly McGillis today?” and “Why did the A-lister actress seemingly leave Hollywood?”

During her 2019 interview with Entertainment Tonight, McGillis answered some burning questions about her present life, what she had been up to, and why she wasn’t in Top Gun: Maverick.

McGillis’s focus in life changed after 2000 as she took fewer acting roles, and that decision came when she got sober and was on a journey to figure out herself. She said, “I think just my priorities in life changed.”

“It wasn’t like a major decision that I made to leave, it was just that other things became more important. I love acting, I love what I do, I love doing theater, but I don’t know. To me, my relationships to other people became far more important than my relationship to fame.”

“I feel really blessed that I don’t have to work, you know? But I get the option to work, so I’m really blessed in that way. Not many people get that option later in life, so I feel very lucky,” McGillis added.

And one of the priorities she had was to raise her two daughters – Kelsey and Sonora – whom she shares with her ex-husband Fred Tillman. She told the outlet that she was focused on raising her children when she wasn’t acting.

She said, “It was very challenging for me to have any kind of sense of self or self-identity or real self-worth other than what I did for a living. And it just—it didn’t become a priority; what became the priority initially was raising my girls and being the best sober parent I could be.”

One of the other topics discussed during McGillis’s interview with Entertainment Tonight was if she was asked to be a part of Top Gun: Maverick or if it was her decision not to be a part of the now-box office blockbuster sequel movie.

She replied that she wasn’t asked to return to Top Gun: Maverick. “Oh my god, no,” she said. She added, “I’m old, and I’m fat, and I look age-appropriate for what my age is. And that is not what that whole scene is about.”

“To me, I’d much rather feel absolutely secure in my skin and who and what I am at my age as opposed to placing a value on all that other stuff.”

As she went on, she mentioned that she wasn’t in a hurry to watch the sequel movie, which was initially scheduled to be released in 2019 but got delayed due to COVID-19.

“I guess it depends on what kind of reviews it gets. I’m not racing to the theater, and I’m not racing away from the theater to see it. It’s just not on my little list of things that I would like to get done,” McGillis told the outlet.

As for why McGillis wasn’t in the movie, director Joseph Kosinski told Insider, “I didn’t want every storyline to always be looking backwards. It was important to introduce some new characters.”

Since that interview, there haven’t been many updates about her. It could be assumed that she has been going well and keeping with her priorities. On the other hand, she did return to Hollywood for a cameo role as Miriam Saslaw in the 2020 TV show Dirty John.

That said, McGillis, who is 65 years of age now and has 54 acting credits to date, might be relishing her time outside the entertainment industry. In 2013, she told Yahoo! she did other work outside the industry to make a living for herself and her family.

And the work included one as a teacher and another at a rehab center. She told the outlet, “I did have another job for a while and it is working at drug and rehabilitation center. Right now, I am concentrating teaching acting privately in small studio that goes with a school in Asheville, North Carolina.”

“I feel it is my time to give back, and that’s something that I know how to do. And yeah, I live a quiet, little life. I live in a log cabin on top of the hill in North Carolina, and it is lovely,” she added.

So, it could be possible that she still lives in North Carolina and has the same profession, but it couldn’t be said with full confidence without any confirmation.