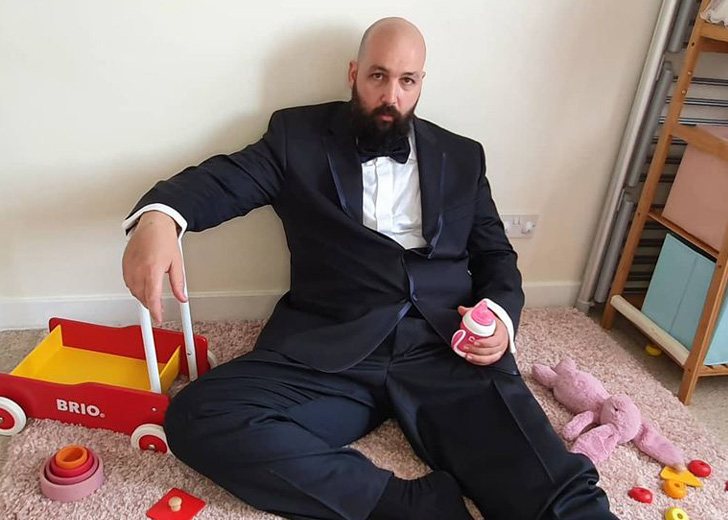 Youssef Kerkour is a Moroccan-British actor who has given several amazing performances in his acting career. Among all those, his portrayal of Sami in the comedy-drama TV series, Home, has provided him with the most limelight.

Due to his rising fame in recent years, people have been wondering to know more about him. While his professional life is an open book, the same cannot be said about his personal life.

The House of Gucci star prefers privacy over his romantic life and has always kept the details about it away from his limelight.

However, Kerkour is a married man. He admitted that he was married during an interview with The National News in July 2021. The outlet also implied that he happily lived with his wife.

In addition, he also shares a two-year-old daughter with his wife. Apart from these, the outlet didn’t go further and disclose the identities of his wife and daughter.

The outlet had mentioned that when Kerkour isn’t working on movies or TV shows, he loves the comfort of his home, where he sits in front of the television with a cup of coffee in his hand alongside his wife and child. “Work, sofa, rinse and repeat,” the actor had added.

Well, going by that, it’s clearly indicated that Kerkour is enjoying his family life, being a husband and a father, whilst he keeps the details of his wife and daughter up to himself only.

Born in 1978, the 6 feet 4 inches tall actor celebrates his birthday on 9th June every year. He is currently 43 years of age. In addition, his zodiac sign is Gemini.

Born and raised in Rabat, Morocco, Kerkour is the son of a former mathematics professor and a school teacher. His Moroccan father met his English mother in France in the 1960s. They got married and settled down in Morocco.

The Baghdad Central actor completed his high school in Morocco. Afterward, he enrolled at Bard College, in the United States, where he studied psychology. Although he was studying psychology, he took dance and acting classes most of the time.

Later, when one of his university professors saw his acting skills, he encouraged him to pursue a career in acting. Following his advice, he began taking acting more seriously, which completely changed the course of his career. And now, he is a well-established actor in the entertainment industry.