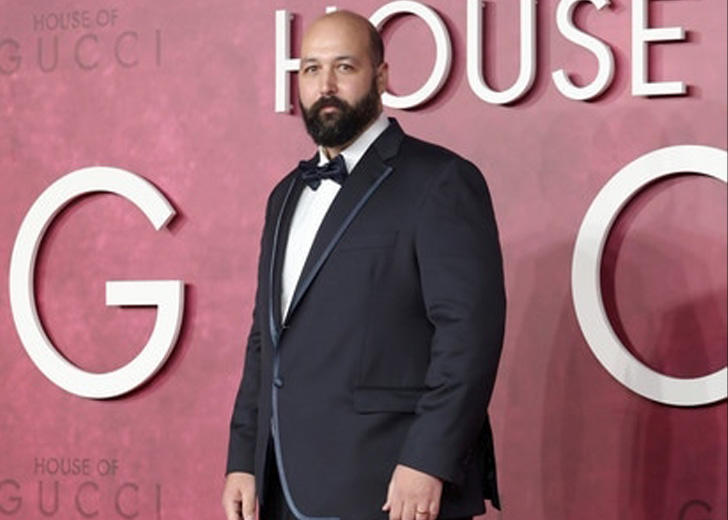 Youssef Kerkour is a 43-year-old Moroccan-British actor who has managed to win the hearts of the audience through his amazing performances in several movies and TV shows. Born on June 9, 1978, he currently has 38 acting credits to his name.

His acting debut came in 2004 when he played the role of Nate Collins in the short movie American Tale. Currently, he is working on expanding his acting credits with 7 upcoming gigs lined up, including House of Gucci, Stay Close, The Alchemist, and others.

Here is a look at Youssef Kerkour’s filmography – top 5 movies and TV shows as per IMDb rankings.

Starting off the list in ascending order, the first one is the 2013 movie titled Redemption. It has an IMDb rating of 6.2 out of 10.

In the acting-crime movie, Kerkour portrayed the role of Kerkour. Accompanying him on the cast list were Jason Statham as Joey, Agata Buzek as Cristina, Benedict Wong as Mr. Choy, Vicky McClure as Dawn, and others.

The official synopsis of the movie is, “A damaged ex-special forces soldier navigating London’s criminal underworld seizes an opportunity to assume another man’s identity.”

Baghdad Central is a 2020 crime-drama-history television series with an IMDb rating of 7.3 out of 10. In this show, the Morocco native actor played the role of Karl.

The official synopsis of the show is, “Following the fall of Saddam Hussein, former police inspector Muhsin al-Khafaji has lost virtually everything. He searches for one of the few things remaining in his life, his missing estranged elder daughter.”

The third one on the list is the Netflix crime-drama-mystery series titled Criminal: UK. It has an IMDb rating of 7.6 out of 10.

In this show, Kerkour played the role of Jamal ‘Jay’ Muthassin. He appeared in the final episode of the first season of the show, which was named “Jay.”

The official synopsis of the show is, “A cat-and-mouse drama, which focuses on the intense mental conflict between detectives and suspects. The stories take place within the confines of a police interview suite.”

Cross Eyed is an award-winning comedy movie directed by Adam Jones that has an IMDb rating of 7.8 out of 10.

In this movie, the 6 feet 4 inches tall actor played the lead role of Ernie. The movie focuses on Ernie who wants to be a writer and write his first novel, but nothing and no one in his life want him to be a writer.

As the plot continues, Ernie gets entwined in a bizarre “tangle of crime, kidnapping, robotics, and kung fu. He ultimately finds liberation in the least likely of places – namely handcuffing half the neighborhood to a stolen fire hydrant in the middle of his living room.”

The movie went on to win one Grand Jury Award at the Solstice Film Festival and one Festival Award nomination at the Appalachian Film Festival.

The very first one on the list is the British comedy-drama TV series, Home, with an IMDb rating of 7.9 out of 10.

In the show, Kerkour portrayed the role of Sami. Accompanying him were Rufus Jones as Peter, Rebekah Staton as Katy, Oaklee Pendergast as John, Aaron Neil as Raj, and others.

However, around the same time, he did tell RadioTimes that he has already sketched out episodes for the third season and there is “a conversation to be had” with other possible streaming platforms and the show might get revived in the near future.