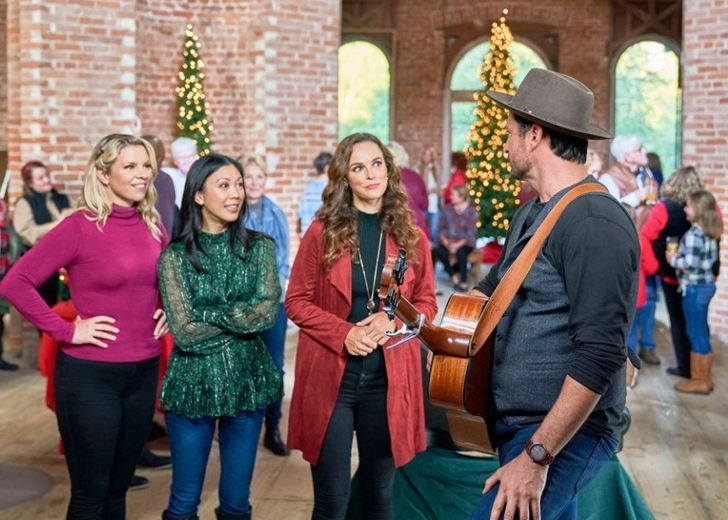 Erin Cahill expands her acting credits, this time with a Hallmark Channel TV movie, Every Time A Bell Rings.

The American actress shared the news about her upcoming movie through an Instagram post on Saturday, November 13, 2021. She shared the official poster of the movie and expressed her happiness through the caption.

Through her caption, she also urged her followers to download the Hallmark Movies Now application and watch the movie which will stream exclusively from this Thursday, November 18, 2021.

“It is truly a special project and I am so excited for you to see it! I can’t wait to hear what you think! So very much love to you!!” Cahill ended her caption.

The plot of the Cahill starrer new Hallmark movie is, “Three sisters reunite in their hometown of Natchez and discover their late father planned one last scavenger hunt for them to find the family’s wishing bell – an annual holiday tradition. As they search for clues their bond is rekindled and they find hope and healing.”

The movie is set in and was filmed in Natchez, Mississippi last August. This movie is the first original holiday movie for Hallmark network’s new streaming service, Hallmark Movies Now. As mentioned earlier, the release date of the movie is November 18, 2021.

In the movie, Cahill will portray the role of Charlotte. Apart from her, there are a few more lead cast members in the movie. The following are their names:

Brittany ‘Mariko’ Ishibashi is a talented American actress who has acclaimed fame through her performances in different movies and TV shows.

Coming over to her role in this Cahill starrer Every Time A Bell Rings, she will be playing the role of Emily, one of two sisters of Cahill’s character Charlotte.

Another lead cast member of the Hallmark original Christmas movie is Ali Liebert. She will be playing the role of Nora, another sister of Cahill’s character Charlotte. Currently, it’s unknown who is older or youngest amongst the three sisters.

Wes Brown is an American actor who will be playing the role of Liam in Cahill starrer Every Time A Bell Rings. As of this writing, there is not much information as to how his role is connected to Cahill, Ishibashi, and Liebert’s characters.
Coming over to Brown’s works before this one, he has a total of 42 acting credits to his name.

The actor has made a name by playing several roles in numerous Hallmark Channel movies, including Christmas at Graceland (2018), Check Inn to Christmas (2019), and Sweet Pecan Summer (2021).