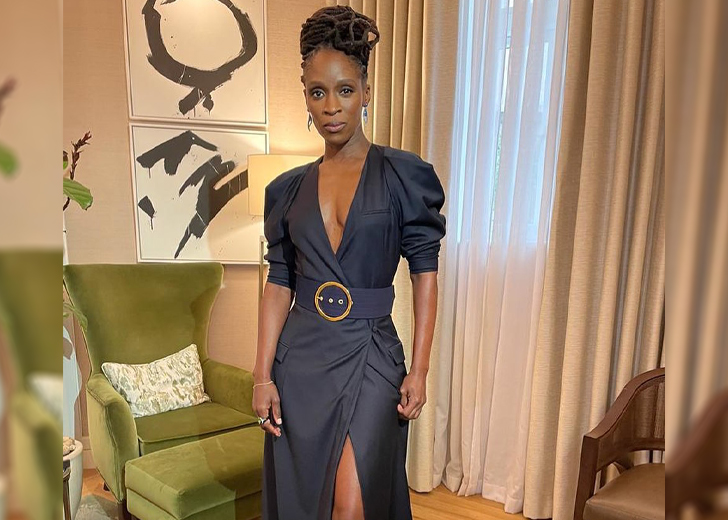 Born on February 8, 1976, Sharon Duncan-Brewster is a talented British actress who has earned the limelight through her performance in several movies and TV shows.

She made her acting debut in 1991, playing a small role as Maureen in the TV series titled 2point4 Children. Since then, she has never looked back and has continued to make a name in the entertainment industry.

Thanks to an illustrious acting career, she has also managed to amass an estimated net worth of around $2 million.

Here is a look at Sharon Duncan-Brewster’s top five movies and TV shows, as per IMDb rankings.

Starting from the ascending order, the first one on the list is Rogue One: A Star Wars Story (original title: Rogue One), with an IMDb rating of 7.8 out of 10.

In this 2016 sci-fi action-adventure movie, Duncan-Brewster played the role of Senator Tynnra Pamlo. Accompanying her was Felicity Jones as Jyn Erso, Diego Luna as Cassian Andor, Ben Mendelsohn as Orson Krennic, Alan Tudyk as K-2SO, and others.

The official synopsis of the movie is, “In a time of conflict, a group of unlikely heroes bands together on a mission to steal the plans to the Death Star, the Empire’s ultimate weapon of destruction.”

The second one on the list is the TV series titled Bad Girls, with an IMDb rating of 7.9 out of 10.

Though the British television drama series aired from 1999 to 2006, Duncan-Brewster was a part of it up to 2002 only (from season 1 to 4). While she was in the show, she played one of the main characters of Crystal Gordon.

Not only did the actress portray one of the main characters, but she also had worked on the song Amazing Grace that was used in the end credits of the show until it was replaced in 2000.

The official synopsis of the crime-drama show is “British hard-hitting drama about the staff and inmates of a women’s prison.”

Years and Years is a 2019 TV mini-series that aired on BBC One in the United Kingdom and HBO in other countries. It has an IMDb rating of 8.3 out of 10.

The official synopsis of the sci-fi drama show is “As Britain slowly turns into a dictatorship throughout the years, the lives of a typical busy family from Manchester converge on one crucial night in 2019.”

In the mini-series, Duncan-Brewster played the recurring role of Fran Baxter, who is a storyteller and activist. She is a friend of Daniel Lyons, played by actor Russell Tovey, who ends up being the partner of Edith Lyons, played by actress Jessica Hynes.

Sex Education is a British comedy-drama TV series that airs on Netflix. It has an IMDb rating of 8.3 out of 10.

In this show, Duncan-Brewster portrays the recurring role of Roz Marchetti, the mother of Jackson Marchetti, played by actor Kedar Williams-Stirling. Other stars accompanying the actress are Asa Butterfield as Otis Milburn, Emma Mackey as Maeve Wiley, Mimi Keene as Ruby Matthews, Aimee Lou Wood as Aimme Gibbs, and more.

The official synopsis of the show is “A teenage boy with a sex therapist mother teams up with a high school classmate to set up an underground sex therapy clinic at school.”

Dune, also called Dune: Part One, is an American sci-fi movie directed by Denis Villeneuve, which was released on October 22, 2021. It has an IMDb rating of 8.3 out of 10.

In this star-studded movie, Duncan-Brewster portrayed the role of Imperial Planetologist Dr. Liet-Kynes. Accompanying her are Timothée Chalamet as Paul Atreides, Zendaya as Chani, Josh Brolin as Gurney Halleck, Rebecca Ferguson as Lady Jessica Atreides, and others.

This movie is the first of a two-part adaptation based on the 1965 novel of the same name, written by Frank Herbert. The second part of the movie, Dune: Part Two, was recently announced, with a theatrical release scheduled for October 2023.

The official synopsis of the movie is: “A mythic and emotionally charged hero’s journey, “Dune” tells the story of Paul Atreides, a brilliant and gifted young man born into a great destiny beyond his understanding, who must travel to the most dangerous planet in the universe to ensure the future of his family and his people.”

Is Discovery’s ‘Expedition Unknown’ Canceled? Some FAQs about the Show Answered