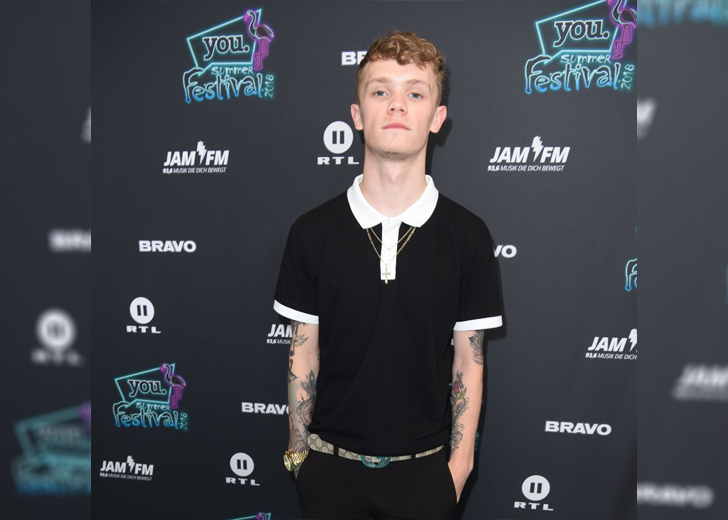 Charlie Lenehan had lost contact with his older brother in his childhood. But, what he didn’t know was he also had a younger brother.

The English musician had quite a childhood as his parents split early on and he got separated from his older brother, whose name is yet to be known. Later, his mother, Karen James, married another man, a businessman by profession.

Life moved on as Lenehan continued to live with his mother, step-father, and his younger sister named Brooke Lenehan. However, his process to find his separated brother continued, despite facing failures several times.

Nonetheless, in the end, everything worked out for the now-famed musician. During his interview with WalesOnline, in September 2019, the Gloucestershire native shed light on how he went on to find his long-lost brother and learned that he had a brother he never knew existed.

In that interview, Lenehan first mentioned that he had no contact with his biological father after his parents split, and he still doesn’t have now, but, he did know that he had one older brother and was looking for him for years.

“I don’t have any contact with my father. But I knew I had a brother and have been looking for him for years.”

He then added that he got lucky one night and found his brother’s profile on Facebook. The next day, Leneham immediately drove from his home in Wales to his brother’s residence in Bournemouth.

Continuing his statement, he said, “It was very emotional and really strange. How do you talk to your brother you’ve never seen before? It was scary how similar we were.”

And, while meeting his long-lost brother, who was reportedly 29 years of age when he met him, he also found out that he had another younger brother, aged 16 around the same time, that he never knew existed.

In the end, Lenehan mentioned that he learned a crazy fact while meeting his older brother. He stated that his brother, brother’s wife, and his nephew all voted for him in Britain’s Got Talent after seeing his and his musical duo, Leondre Devries’ performance on TV, despite them having no idea who he was.

His words were, “And do you know what else is crazy? My brother, his wife and my nephew all voted for me when they saw me on TV and had no idea who I was.”

Well, going by that, it can be summed up that despite many failures in finding his older brother, Lenehan never stopped. And, in the end, not only did he find one, but two brothers.

Born in 1998, in Gloucestershire, England, the Winterbourne International Academy student celebrates his birthday on October 27th every year. His zodiac sign is Scorpio.

His mother is a cook at Gillingstool and New Siblands school and his step-father is a businessman.

Lenehan came to fame after auditioning for the eighth series of Britain’s Got Talent, in 2014, alongside his Bars and Melody duo, Leondre Devries. Judge Simon Cowell’s golden buzzer sent the two directly to the semi-finals of the competition — they secured the third position in the finals.